Facebook will soon forbid users from coordinating private firearm sales using the social network, according to Reuters and The New York Times. The move, which also extends to Instagram, is a dramatic statement from the company, which has already worked to tighten policies around guns. The new measure applies to public posts; Facebook won’t be scanning through your private messages to uncover gun sales. Also important: this doesn’t apply to posts from licensed gun dealers, which will continue to be permitted on the social network.

In 2014, Facebook and Instagram began limiting posts discussing the sale of firearms to users over the age of 18; both services also urged buyers and sellers to comply with local laws. “We will not permit people to post offers to sell regulated items that indicate a willingness to evade or help others evade the law,” Facebook said at the tine. Here’s how it worked before the hard ban:

Any posts reported to Facebook that do reference the private sale of guns will be restricted to viewers who have told the social network they are 18 or older, and the authors of such posts will be warned via a message to “comply with relevant laws and regulations.” Pages that Facebook classes as “primarily used by people to promote the private sale of commonly regulated goods or services” will now need to include language that “clearly reminds people of the importance of understanding and complying with relevant laws and regulations,” and will only be open to users who have indicated they are over 18.

It’s never been possible to complete a firearms purchase on Facebook from start to finish, but clearly the company wants to distance itself from private sales altogether. If true, the decision will likely draw the ire of the National Rifle Association and gun owners. Facebook’s statement on the matter never actually mentions the word “guns,” perhaps an early attempt to tone down that conflict. Online marketplaces like Craigslist do not permit gun sales, and ad networks like Google’s AdWords also forbid advertisers from promoting dangerous weapons. 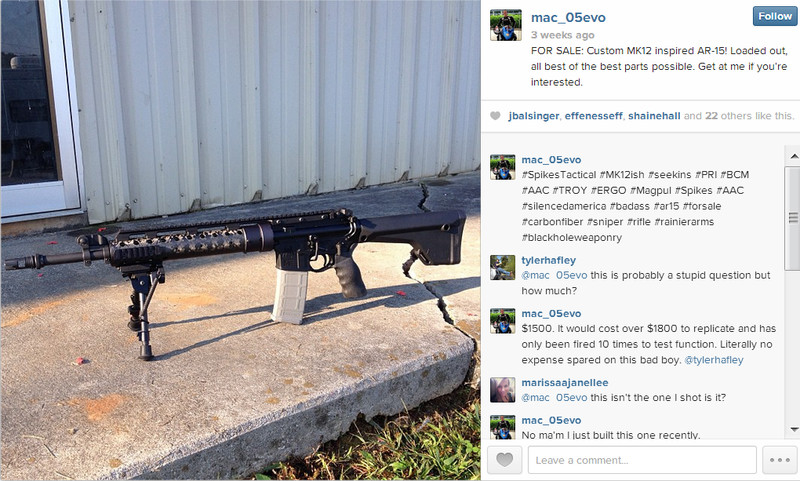