A court at The Hague has ruled that Geert Wilders, leader of the far-right Dutch Party of Freedom (PVV), will have to face trial for “hate speech” for comments he made at a 2014 election rally about having “fewer Moroccans” in their communities. 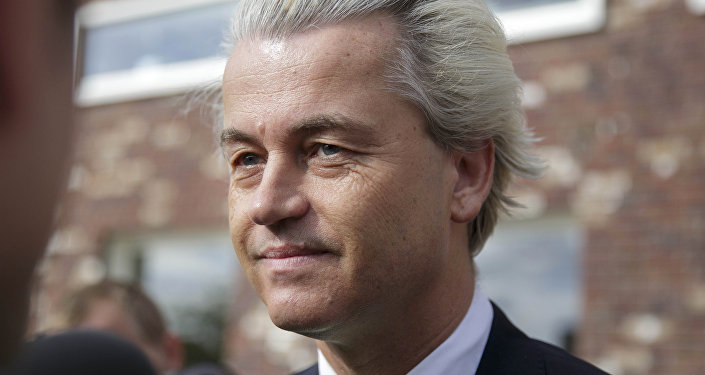 Wilders is a long-time advocate of anti-Islamic policies. Earlier this year, he summarized his position: “I believe that not all Muslims are bad people, but I believe that the Islam is something that does not go together with liberty and with freedom.”

The comments he will be tried over were uttered at a March 2014 rally, when Wilders, speaking to a crowd, asked their opinions on immigration.

He asked whether the crowed wanted “fewer or more Moroccans in your city and in the Netherlands?”

Moroccans and Turks are the largest Muslim immigrant groups in the Netherlands.

Wilders got a definitive “fewer” response from the audience, according to Deutsche Welle.

“We’re going to organize that,” (or “I’ll take care of that”), media reported Wilders as replying.

These are the words that have caused thousands of complaints against Wilders. However, some 56 people and five organizations have been registered as victims of the comments and at least 34 witnesses have come forward, judges have said. Although judges on Friday allowed 40 claims to go ahead, they capped the amount that could be sought as damages at 500 euros, and dismissed 21 other claims.

Wilders will be tried on the “suspicion of insulting a group of people based on race and inciting discrimination and hatred,” said the judge.

According to Wilders’ attorneys, the politician has “put forward his party’s political programme” and merely used his constitutional freedom of speech.

In 2011, judges examined another case of Wilders’ anti-Islamic remarks and acquitted him, ruling that the politician targeted a whole religion, not a specific group of people. This time, however, he mentioned a specific national group: Moroccans. Media do not report how exactly the court connects immigration restriction or deportation policies with actual hate, discrimination or violence, as well as whether “Moroccans” are actually a race.

Should the court proceed with the trial, it will have “far reaching political consequences for democracy in the Netherlands,” Wilder’s lawyer argued. Critics say the court case risks criminalizing merely having and articulating an immigration policy.

Wilders is now described as the “most heavily-guarded man” in the Netherlands by media, probably a result of the 2004 assassination of Theo van Gogh, director of a film deemed anti-Islamic by some.