With Greeks going to the polls to elect a new government in just over two weeks, concerns over a potential Greek exit or ‘Grexit’ from the euro is growing and this has led to the euro falling against the dollar and particularly gold.

Speculation as to the consequences of a Syriza victory has caused the euro to fall to it’s lowest level against the dollar since 2010. Gold has surged to close to EUR 1,020 per ounce this morning – building upon the 11% gains seen in 2014.

Over the weekend Germany’s Der Spiegel reported Angela Merkel’s view that Germany would be “comfortable” with a Greek exit and that “any fallout would be manageable.”

That the Chancellor felt the need to make such comments is been seen by some as an attempt to scare the Greek people away from voting for anti-austerity group Syriza.

Syriza’s leader, Alexis Tsipras has already indicated that it is not his intention to pull Greece out of the Euro-zone but to renegotiate certain aspects of the bailout agreements with the Troika, particularly those seen as an unjust debt burden placed on average Greek citizens.

However, it may be that Germany fears the precedent of reopening negotiations between the Troika and Greece lest other countries upon whom onerous conditions were placed – such as Ireland – follow their example.

The assertion that the EU could “comfortably” manage the exit of Greece is a silly one – particularly at this very delicate and uncertain time. 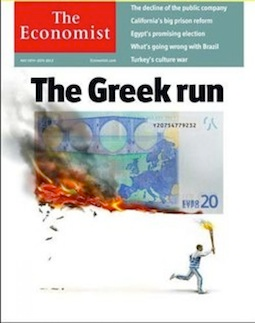 “The lowering of the oil and gas prices in combination with the sanctions, pushed by the Ukrainian crisis, will drop the Russian GDP by five percent per annum, and thus it will cause cutting of the Italian exports by about 50%.”

Similar dynamics are playing out in Poland and France.

Continued antagonisation of Russia may have dire consequences for Europe, if Russia chooses to respond more aggressively. France’s Societe General, alone, is exposed to Russia to the tune of €26 billion.

Were Russia to renege on this and other obligations to European banks it would likely trigger a Lehman’s style crisis.

Or Russia could cut its supplies of natural gas to Europe upon which German industry, in particular, relies. Thankfully, for now, Russia has reacted with cool heads, even inviting Europe to become a partner in the newly formed Eurasian Economic Union.

Germany is now dangerously close to deflation as the major states reported from 0% to 0.3% inflation in December, with Saxony at 0.5%, – down from November rates of between 0.5% and 0.8%.

With these and countless other considerations weighing upon the EU, it is not accurate to suggest that a Greek exit and return to the drachma could be comfortably managed.

For one, there is no framework in place for an orderly secession of a member state from the Union. An antagonistic break up would likely cause contagion to many large banks exposed to Greece.

The ensuing turmoil might also prompt other member states to break away in chaotic fashion – Spain, Portugal and Italy being prime contenders.

Many periphery nations are slowly becoming jaded by the not so single currency – which for almost half it’s existence has been in crisis. 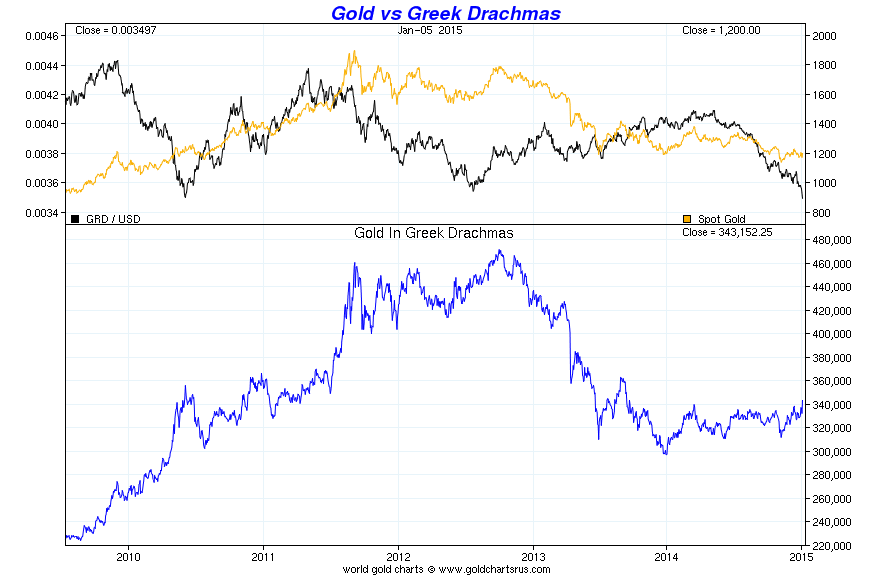 It is likely that the EU will do everything in it’s power to accommodate Syriza should they gain power in Greece. Whether it will be enough to keep Greece on board and the drachma off the printing presses remains to be seen.