Earlier today, Tesla’s Twitter account and website were taken over by some nefarious jokesters. Around 5 PM ET, a strange tweet popped up on the company’s official Twitter account, suggesting the company was no longer in control of what was being posted. The tweets largely suggested this was just an unsophisticated prank. The hackers posted a phone number saying those who called it could get a free car. The rest of the tweets were mostly shoutouts to random accounts. The Tesla account name was changed to #RIPPRGANG. 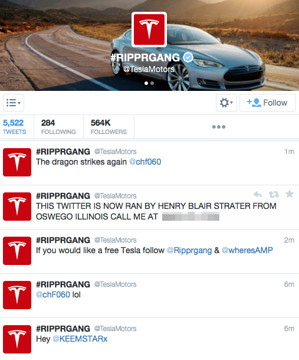 As for Tesla’s website, the main page was changed to a crudely done collage: 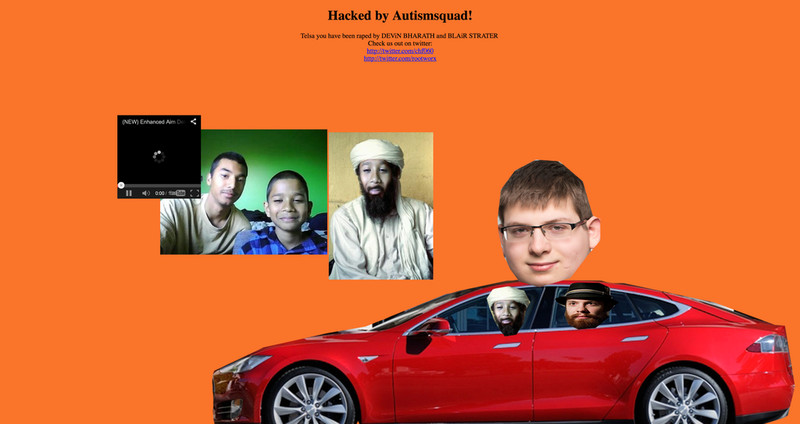 The person behind the @rootworx account tweeted several times he was not responsible for the hack, although it was his phone number that was leaked.

Popular Twitter accounts — from Chipotle to Twitter employees themselves — are often subject to these kinds of attacks. Because Tesla’s website was compromised as well, it’s likely the security flaws were a little more widespread. Tesla has gained back control of its Twitter account. Its website is currently down, which suggests things will be back to normal soon.

Update, 6:07 PM ET: This post has been updated to make the timeline of the hack more transparent and to reflect that Tesla had regained control of its Twitter account. 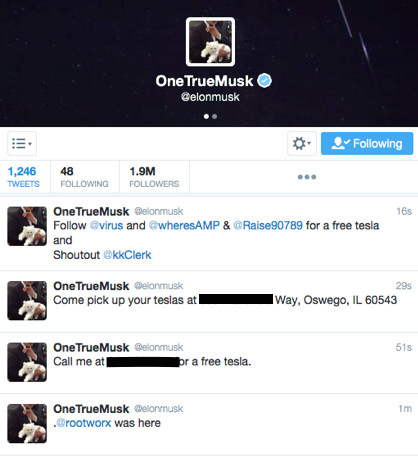