Let’s all tell biotech to stop

Like other activists against biotech around the world, the Hawaiian people made a dramatic statement meant for their legislators’ ears on January 21st in front of the capitol building in Honolulu. Their message? Stop poisoning paradise!

In true Hawaiian fashion, local people made a peaceful if not vocal demonstration against the biotech companies who want to continue polluting the Islands. Charter schools protested with dance and chanting, gregarious speakers raised their voices against money and unsustainable farming practices. Musicians played Hawaiian and protest music, and a call for people to recognize ‘aloha-aina’ was made. (Aina means ‘land.’)

Walter Ritte from the People’s Hale (Hawaiian for house) said:

“If we all come together under this coalition of aloha ‘aina, we might be able to out-talk the money people with a combined voice.”

Hawaii is a unique place – not only because of its cultural and agricultural diversity, but because the politicians sometimes actually listen to the demands of the people. This is why the mayor of the Big Island Hawaii, Billy Kenoi, previously acted against Big Biotech and their corporate takeover of Hawaiian lands with genetically modified crops.

Other activist groups have had a strong voice in Hawaii when facing biotech bullies as well. Babes Against Biotech called attention to the Maui County democrat who was deemed a “Monsanto plant,” and groups were successfully able to ban GMOs on the Big Island of Hawaii which targeted Syngenta, Monsanto, Pioneer, Dow, and BASF who have long been experimenting with GMO crops and seeds in Hawaii. Maui county and the island of Kauai did the same, but biotech companies have interfered. 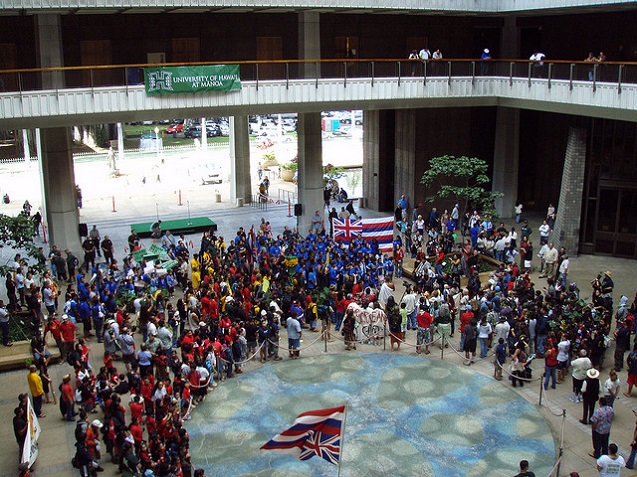 In their heyday, big biotech companies have rivaled some Big Pharma companies in market capitalization. At the time of its acquistion by Roche (RHHBY.PK), Genentech (DNA) was valued at $106 billion. Amgen (AMGN) at one time reached a valuation of over $100 billion, and Gilead (GILD) over $50 billion.

Monsanto stock is down as of this writing, but the company is worth billions, too – so we’re talking big money here. It is going to take some very loud protesting all over the globe to stop these bulging wallets from permanently ruining the ecosystem and our food supply.