A large tremor reported in Queensland, Australia, on Monday night may have been caused by a giant space rock crashing down to Earth.

At approximately 8:30 PM, residents in central Queensland reported a large flash in the sky nearly 250 miles north of Brisbane. While no damage was reported, the meteor either struck the Earth or exploded in the sky, causing shockwaves.

“This sounds like a big [meteor], first in several years that has been that big,” Harvard astrophysicist Johnathan Powell told the Gladstone Observer.

“I’m guessing a rock about a meter across which would have been big enough perhaps to leave fragments.”

Owen Bennedick, an astronomer with Wappa Falls Observatory, believes it’s possible that the meteor exploded in what’s known as an air burst.

“When a meteorite comes through the earth’s atmosphere they get to eight or 10 thousand degrees,” he said, according to the Brisbane Times.

“And because they’re cold on the inside and boiling hot on the outside, sometimes they have air pockets in them and it super heats them and then they explode. They can actually explode in midair, partly through gas trapped in them or just the air pressure on them.” 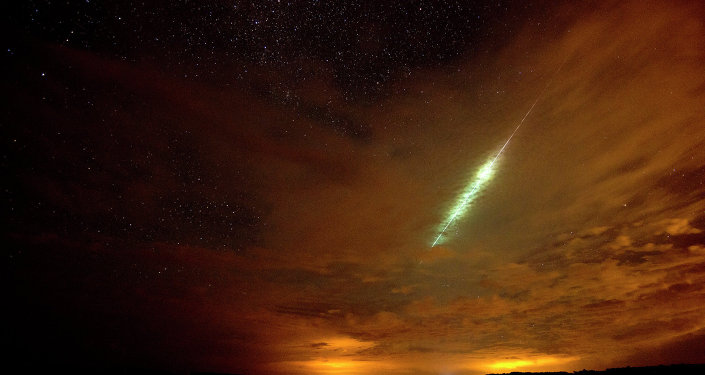 Roughly two hours later, Geosciences Australia detected a 3.8 magnitude earthquake, though it remains unclear if this was related to the meteor.

“It looks like a meteorite has impacted somewhere offshore from the general Gladstone area based off the fact no damage reports have come through,” weather watching group Higgins Storm Chasing posted on Facebook.

“A bright flash or light has been reported by hundreds of people, this light was seen as far South as Hervey Bay and as far North as Yeppoon with a tremor being felt upon impact over the general Gladstone area and Boyne Island.”