‘Hundreds of youths’ clash with police in downtown Brussels 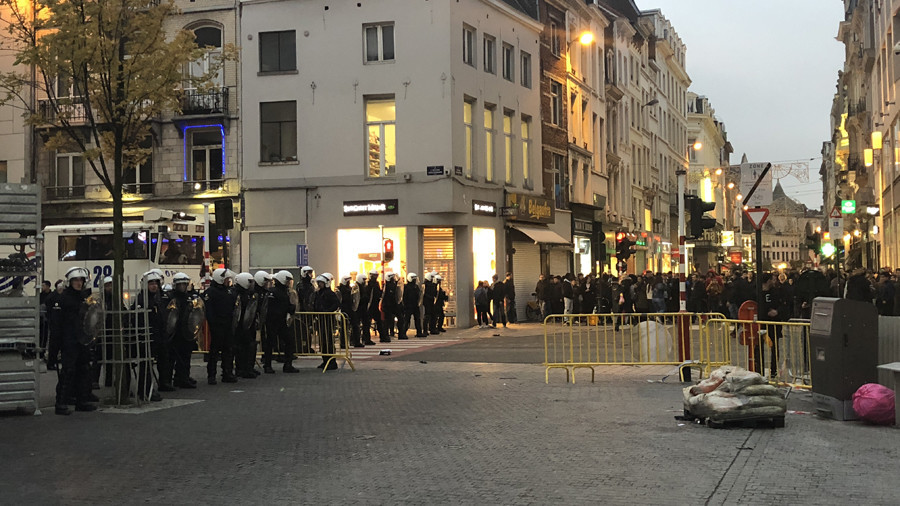 November 15, 2017, Riot police at the Muntplein – Place de la Monnaie, during a face off between the police and youngsters, in the city center of Brussels © Nils Quintelier / Global Look Press
Violent clashes have erupted in central Brussels as police were confronted by “hundreds of young people” who had reportedly gathered to meet a social network star. The youths threw projectiles at police and damaged stores and cars in the area, local media report.

The clashes broke out at the Place de la Monnaie, a square near the Belgian federal opera house in central Brussels. The unrest reportedly began when police officers approached a large group of youths gathered at the square.

The gathering started throwing projectiles at the officers and even forced them to retreat, Belgian broadcaster RTBF reported. The police then called for backup and attempted to disperse the crowd. 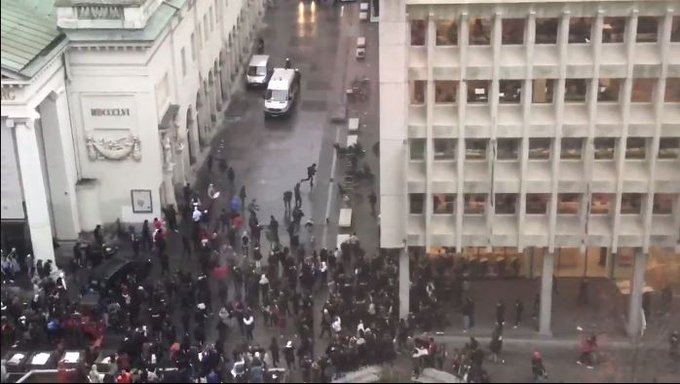 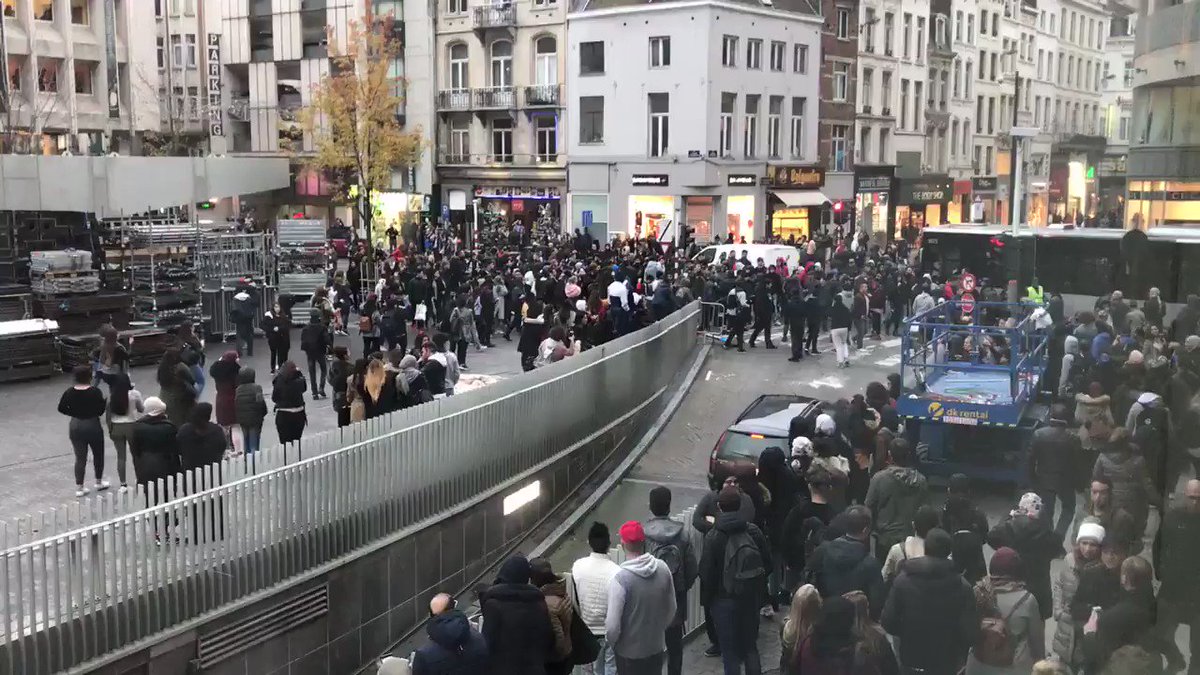 Belgian Interior Minister Jan Jambon condemned the clashes in his Twitter account, and said that police were doing everything necessary to keep order. This “violence is unacceptable and incomprehensible,” he said, adding that federal police are sending reinforcements to their colleagues in Brussels.

In the meantime, local police said that the situation remains tense in the city center. “Police had to take cover at the moment. It is too early to talk about riots but the situation is tense,” Brussels police spokesperson Olivier Slosse told VRT news.

A video posted on Twitter shows police officers in riot gear supported by a water cannon moving along the streets of the Belgian capital. 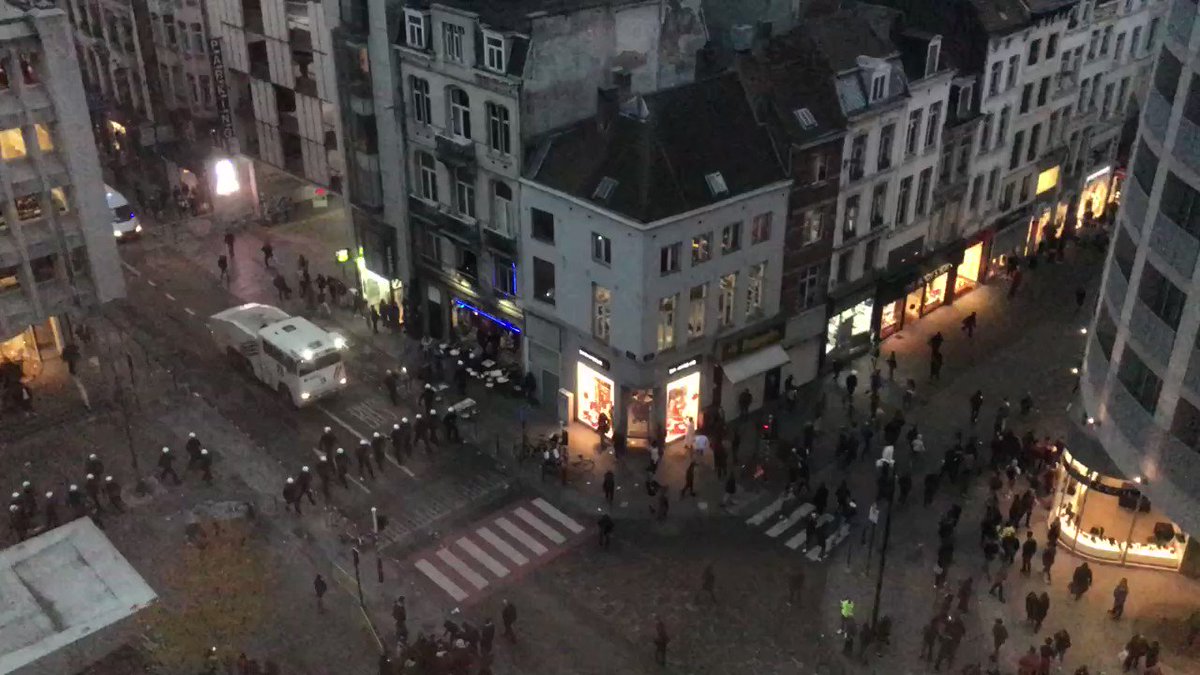 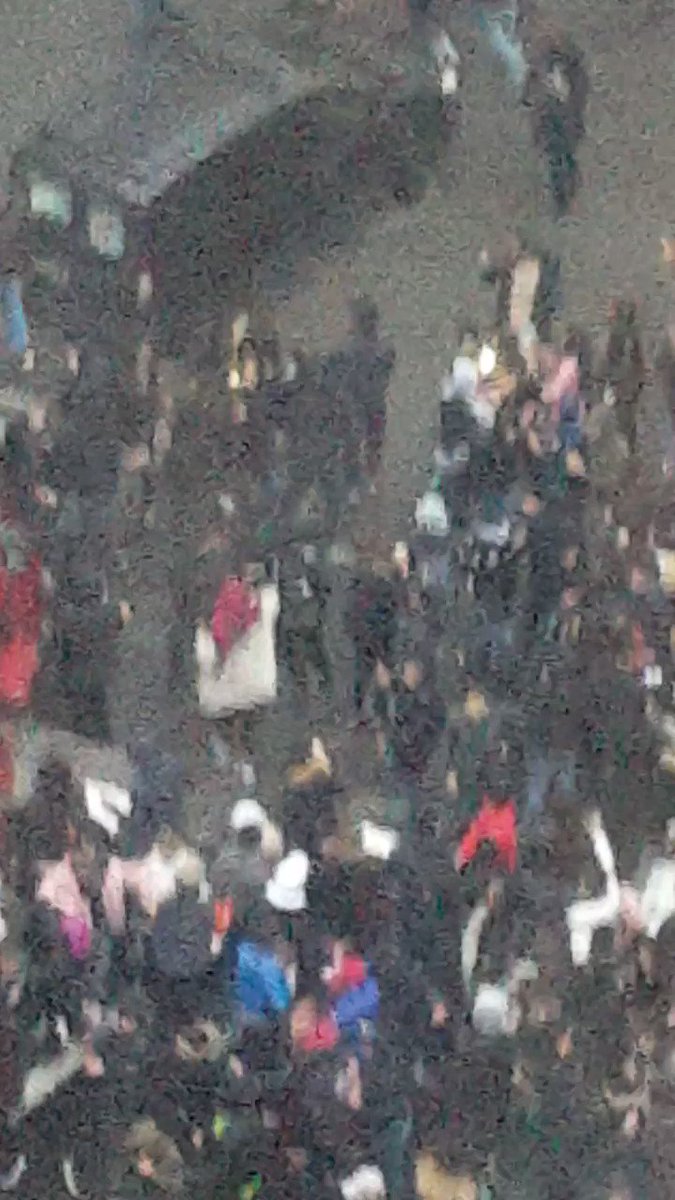 According to other reports, the clashes were triggered by a police attempt to approach a rapper surrounded by a crowd of fans at the Place de la Monnaie. The RTBF reported that a French social network star known as Vargass 92 arranged a meeting with his fans at the square as he was visiting Brussels.

The rapper, known through his Snapchat and Instagram accounts and adored by teenagers, was scheduled to meet with his fans at around 4pm local time (15:00 GMT).Vargass 92 has almost 600,000 followers on Instagram. According to the Belgian De Morgen daily, the social media figure planned to stage a sort of flash mob with his fans, but when police approached him the situation quickly escalated. 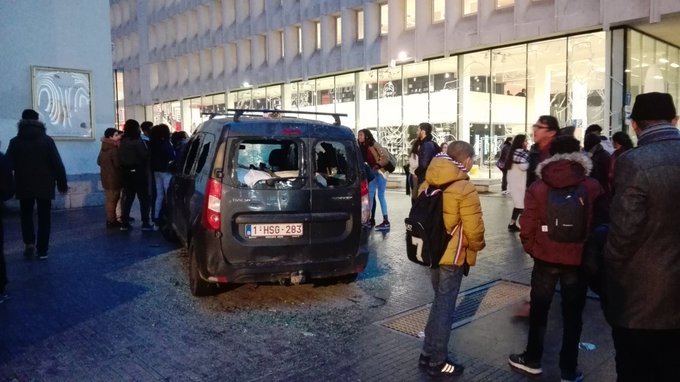 The rapper himself was arrested by the police, RTBF reports. According to Belgian media, local law enforcement managed to restore order in the city center after 6 p.m. (local time) (17:00 GMT) as they finally received reinforcements from the federal police.

Brussels Mayor Philippe Close also confirmed that the situation is once again under control, adding that “arrests are under way.” He also called the meeting organized by the rapper “an unauthorized meeting in the center of Brussels,” adding that the police were called in to disperse the crowd.

At least 16 people were detained following the incidents in the center of the Belgian capital, Le Soir daily reported, citing the mayor’s office. A spokesperson at the mayor’s office told the media that some “thugs” had joined the social network star’s fan club and started provocations, forcing police to intervene.