Iran’s Revolutionary Guard Corps military released a cache of pictures on Saturday of US and Israeli unmanned aerial systems that had been intercepted by the state armed forces, local media reported. 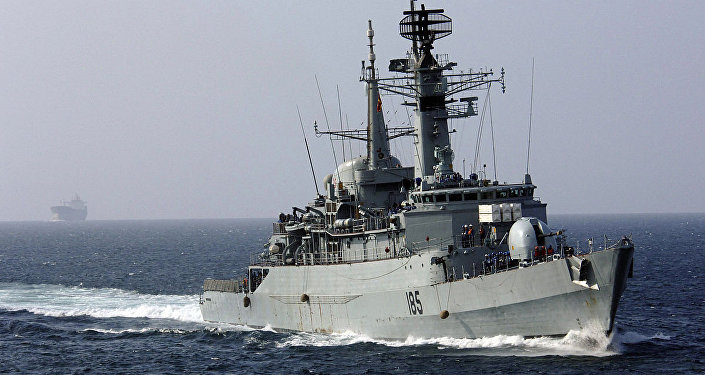 According to the report, Hermes 450 was downed over the country’s airspace in summer 2014. But it’s yet to be revealed how the American UAVs got in the hands of the Iranian armed forces.

The news came amid reports that Iran’s Sukhoi Su-25 fired a warning shot at an unidentified UAV flying over the Persian Gulf. The drone allegedly retreated and fled the Iranian airspace after the encounter.

The release of the photos coincided with the presentation of the Iranian long range attack drone called Saeqeh, which means lightning bolt. The UAV is capable of carrying four smart guided bombs and striking targets with high precision.

Media speculates that the new drone has a striking resemblance to the RQ-170.

In 2011, Iranian armed forces said they had seized control of a US RQ-170 in the north-east of the country using a system of electronic warfare (EW). The drone then was delivered to the Iranian military base in the north east of the country. Following the incident the state military released a video showing the UAV with no visible damages on it.

The new drone, will be applied to boost Iran’s deterrent capabilities and won’t be used to achieve expansionist goals, Secretary of Iran’s Supreme National Security Council Ali Shamkhani said on Saturday, according to Xinhua.