Ireland says sorry to the 10,000 women slaves of Catholic workhouses who were locked up and brutalised by nuns

Ireland says sorry to the 10,000 women slaves of Catholic workhouses who were locked up and brutalised by nuns

Women who had their childhoods ‘stolen away’, locked up in Catholic-run workhouses received a qualified apology from the Irish government yesterday. Over a period of 70 years, an estimated 10,000 were sent to the ‘Magdalene laundries’ to carry out unpaid manual labour under the supervision of nuns. Some were sent because they were the children of unmarried mothers, others for crimes as minor as not paying a train ticket. 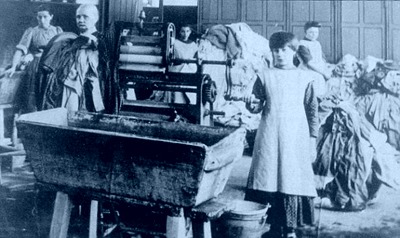 Irish prime minister Enda Kenny apologised for the stigma and conditions saying they were a product of a ‘harsh and uncompromising Ireland’. Survivors quickly rejected his apology, and demanded a fuller and more frank admission from government and the religious orders involved. Maureen Sullivan, 60, of Magdalene Survivors Together, and the youngest known victim, said: ‘He is the taoiseach of the Irish people, and that is not a proper apology.’

She was 12 when taken from her school and put in the Good Shepherd Magdalene Laundry in New Ross, County Wexford, because her father had died and mother remarried. Miss Sullivan said she was told it would further her education, but she never saw her schoolbooks again. 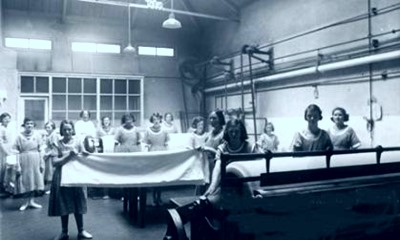 For 48 years she says she has been haunted by memories of a lost childhood and slave labour and is demanding a full apology from the government and religious orders for stealing her education, name, identity and life. ‘I feel that they are still in denial, but other parts of this report clearly state that we were telling the truth,’ she said.

By day she worked in the laundry, was fed bread and dripping, and then made sweaters or rosary beads before bedtime. ‘It was long, hard tedious work,’ she said. ‘I remember being hidden in a tunnel when the school inspectors came. I can only assume this was because I should not have been working in the laundry.’