Lawmaker of the Italy’s Veneto Regional Council said that sooner or later the EU sanctions against Crimea would be lifted. 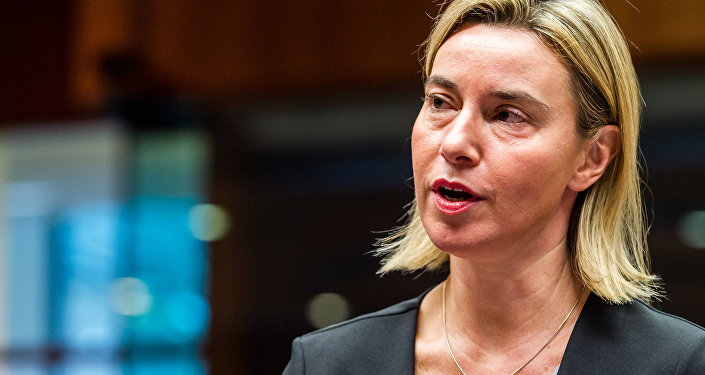 MOSCOW (Sputnik) – Sooner or later the EU sanctions against Crimea would be lifted, a lawmaker of the Italy’s Veneto Regional Council said on Monday after visiting the peninsula on October 13-16.

“The international community wants to isolate, while we are trying, on the contrary, to move on. I am sure that in the end it is the people who always win, and even governments eventually have to listen to their opinion and do what the people want,” Stefano Valdegamberi said.

On October 13, the 18-member delegation of Italian lawmakers and businessmen, representing the Italian regions of Veneto, Liguria, Lombardy, Toscana and Emilia-Romagna, arrived to Crimea with a three-day visit. The delegation took part in a number of events dedicated to the Russian-Italian and the Crimean-Italian relations, common cultural heritage and economic projects.

Valdegamberi stressed that sanctions were an inadequate answer to the existing problems, especially taking into account their negative impact on both nations.

Since 2014, relations between Russia and the European Union have deteriorated over the crisis in Ukraine. Brussels and Washington introduced several rounds of anti-Russia sanctions after the Crimean peninsula seceded from Ukraine and reunified with Russia in March 2014, as more than 96 percent of local voters supported the move in a referendum.