About 18 legislators representing five regions of Italy which voted in favor of the recognition of Crimea and abolition of anti-Russian sanctions visited the Crimean peninsula from September 23 to 26. Sputnik spoke with a member of the parliament of Italian’s Veneto region, Stefano Valdegamberi. 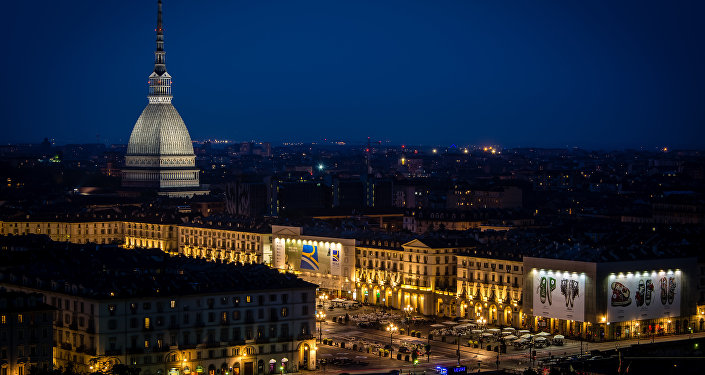 ©
Flickr/ Maëlick
‘A Will for Change’: Italy’s Piedmont Votes to Lift Anti-Russian Sanctions

“This trip was organized on behalf of my initiative, with the participation of representatives of other regions of Italy. With our visit, we want to show that we support the Crimean authorities and protest against the sanctions and policies pursued by the government of Italy and the European Union,” Valdegamberi said.

He further said that many Italian regions voted against the anti-Russian sanctions and they would like to show their support and to meet personally with the Crimean residents to protest against the EU policy.

“The EU wants to isolate and punish Russia, despite the fact that the inhabitants of Crimea expressed their position in a referendum. Therefore, the purpose of our trip is to draw attention to the paradoxical politics of Italy and the European Union,” the deputy said.

In light of the visit, several meetings were held between Russian and Italian organizations and negotiations with entrepreneurs took place in order to discuss cooperation projects between the two countries.

Deputies from the Italian regions and various businesses are currently putting pressure on the government from below “because neither the citizens nor the businesses see any reason to maintain sanctions against Russia,” the deputy said.

Valdegamberi further added that Italian regions are currently trying to overcome the crisis that they are facing due to the sanctions. He went on to offer Sputnik an anecdote.

“I am originally from Verona and I find the fact that we are losing billions of euros because of the embargo absurd. While this is happening, Poroshenko did not even consider it necessary to return paintings which were stolen in Verona and were found in Ukraine. These paintings are of cultural value to the city,” Valdegamberi said.

He further said that Poroshenko was made an honorary citizen of the city. “Many residents were outraged by this decision; we are ashamed and we bring our apologies.

This decision is not supported by Verona. We plan to appeal to the mayor of the city in order to deprive Poroshenko of this title,” the deputy stressed.

According to the deputy, what’s worst of all is that the sanctions were imposed “from above” and the Italian people do not agree with them.

“They were endorsed by Prime Minister Renzi [Matteo Renzi], who first met Putin and promised not to renew the sanctions, then returned to Italy and extended them. I hope common sense will prevail and sanctions will be removed in the near future,” Valdegamberi said.

The trip to Crimea was made by 18 representatives from different regions of Italy that have already adopted a resolution calling for sanctions to be lifted.