Morgan Freeman to marry his step-granddaughter 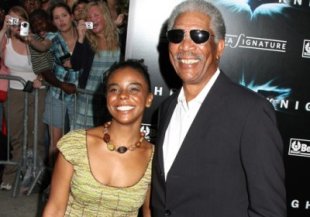 A few weeks ago, a disturbing story broke that Morgan Freeman was maintaining a 10-year relationship with his step-granddaughter with whom he had a questionable sexual encounter when she was young. Yes, they are not related through blood, but Freeman is 72 and E’Dena Hines is now 27, which means she would have been 17 when they first… um… got together. Once Freeman’s wife found out about their secret affair she filed for divorce, and now the Enquirer is claiming that once proceedings go through, he and Hines are set to wed.

“Morgan has led her to believe that he wants to marry her,” says a family insider. Another source says, “Becoming Mrs. Morgan Freeman has been E’Dena’s goal.”

Consider us creeped out. Morgan Freeman is giving Woody Allen a run for his money!