NATO Secretary General Admits to Having KGB Liaisons in Autobiography

NATO Secretary General Admits to Having KGB Liaisons in Autobiography

NATO Secretary General and former Norwegian Prime Minister Jens Stoltenberg, who is known for his anti-Russian stance, has in his newly published autobiography openly confessed ties with the Soviet Security Agency KGB, being given the code name ‘Steklov.’ 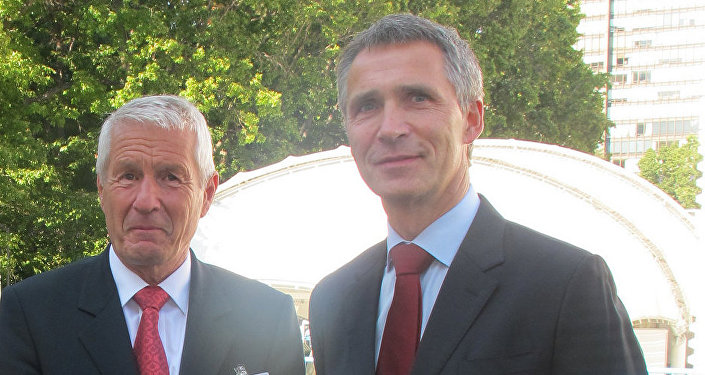 In his newly released book “My Story,” former Prime Minister Jens Stoltenberg dwelled, among other things, on how he maintained close contacts with the Soviet embassy personnel in Norway since the late 1970s. By Stoltenberg’s own admission, he regularly ate shrimp sandwiches and discussed politics with Soviet intelligence personnel.

Stoltenberg was convinced that Boris Kirillov, cultural attaché at the Soviet Embassy in Oslo, was part of the intelligence service (KGB), tasked with recruiting Norwegian agents and confidential informers. Nevertheless, Stoltenberg’s regular contacts with Kirillov continued until 1990, when he was warned of further interaction by the Norwegian Police Security Service.

“It later emerged that the contact with Kirillov gave me a folder and a code name in KGB archives. I was ‘Steklov,’ Stoltenberg wrote in his autobiography. According to the Norwegian broadcaster NRK, this was the common practice for people “at an advanced stage of recruitment” or already considered as one of the KGB’s “confidential contacts.”

​Remarkably, Stoltenberg described Kirillov as a “knowledgeable and interesting interlocutor.”

Stoltenberg described his upbringing in a home where “all the world’s diplomats came and went.” Stoltenberg’s father, Thorvald Stoltenberg, was a prominent Labor Party politician who served as Norwegian ambassador, Defense Minister and Foreign Minister. His mother, Karin Stoltenberg, was a geneticist who later served as state secretary in multiple governments during the 1980s. According to Stoltenberg, none other than his father, Thorvald, advised him to talk to the KGB, as they admittedly “had the smartest people around,” as well as “the best contacts in Moscow.”

“I was never worried about telling too much, since I knew no state secrets,” NATO Secretary General Jens ‘Steklov’ Stoltenberg confessed in his autobiography.

The dangerous liaison ended in 1990, when the Norwegian Police Security Service commissioned Stoltenberg to confront Kirillov about his KGB record and inquire whether he was about to “jump ship.” By his own admission, Stoltenberg, whose mission was to convey that Norway “was a safe country” and that Kirillov would be “well taken care of,” felt like “a character in a spy novel.”

According to Stoltenberg, the recruitment attempt failed and was also the last time he saw Kirillov. In 1991, Kirillov was declared persona non grata by the Norwegian government.

The KGB connection never had an impact on Stolteberg’s vivid political career. According to the newspaper Norway Post, Stoltenberg has done nothing wrong and has never shared critical information. Furthermore it was “common practice” for the KGB to make contact with young politicians and journalists during the Cold War-era.