Nothing in the World is Permanent

Nothing in the World is Permanent

It’s said that every master has a secret life of shame. I take a number of thoughts away from this. The obvious one is that when true understanding comes and some level of mastery descends on anyone who has pursued the greater heart and mind of all time, an awareness also descends on the one experiencing it …and that is a sense of their own insignificance, as I suspect that one’s triumphs and failures, scroll across the mind screen in such a way that certain truths become inescapable and one becomes humble as dirt. I think one also gets the unshakable certainty that they accomplished nothing except interference and that finally the greater drive and love of the ineffable won out over all of our own efforts otherwise. I also get the thought that the reason for this ‘secret life of shame’ is to stand in evidence of the divine’s protection from public view of so many of our weaknesses and moments where we were left wanting. The love of the ineffable covers a multitude of ills in our own behavior and I have seen this in the lives of certain yogis who were given a lot of time to repent of and to change their ways and did not do so.

I believe, I do not know …but I believe profoundly that once we attain certain benchmarks of spiritual progress that any number of our past lives are revealed to us and that can be distressing, I am sure. I believe it is revealed to us just how many catastrophes the ineffable protected us from. I believe we see our pettiness and our cowardice and our intransigence in other times; in times we had no present recollection of and certainly in times more recent. I believe some small portion of the love of the almighty sweeps over us. It seems to be immeasurable and vast but it is probably only a few drops of the eternal elixir. I believe it melts us. I believe it liquefies every hard and knotty portion of our being that was forged in us by extremity or fear. I believe we become like putty in the master’s hand and he now shapes us with our full awareness and we are simply overwhelmed.

Along with a great many others, this picture of Babaji is tacked to the wall of my dwelling: 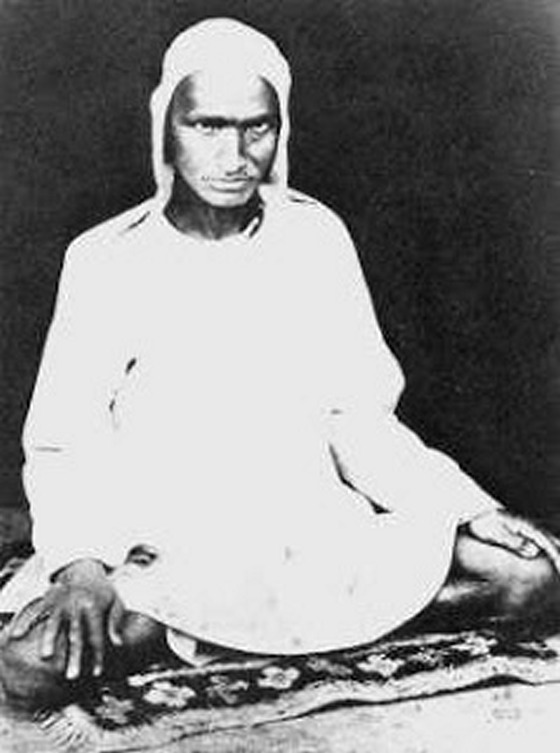 …alongside pictures of Lahiri Mahasaya, Sri Yukteswar and Paramahansa Yogananda who are, in that order, all a part of the Kriya Yoga lineage. If you have never read, “Autobiography of a Yogi”, you really should. It’s one of the truly great books and every earnest seeker has no choice but to believe every word of it. Here are some pictures of the others. 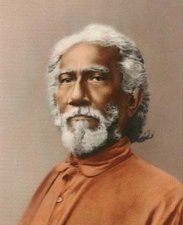 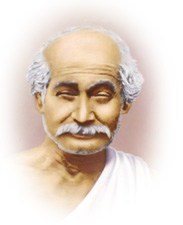 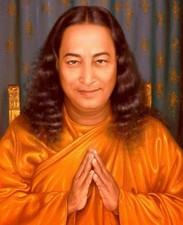 Pictures of various saints and sages circle the walls of my little dwelling here. Among them are Ramana Maharshi, Ramakrishna, Mikhael Aivanhov, Peter Deunov, the Amitabha Buddha, Lord Surya (Vivasvan), Green Tara and Guru Bawa. Every day I see them and every day they remind me of what I am not and what I could be. They also remind me that they ARE. They are real and luminous and resident in exalted locations from which they resonate inwardly and outwardly to the benefit of every soul who hungers after their grace.

Hunger is a complex and multifarious thing and we are all defined by what we hunger after. Some appetites cannot be stilled. They are temporarily sated and then they return again. Some hungers lead ultimately to the one who is the archetype of that hunger. Some hungers are amplified until the hunger consumes the one experiencing it and this is a good thing when it comes to Love and the spiritual verities. Nothing in this world is permanent and so, nothing in this world has any commensurate value with that which is not of this world. It can take a long time for one to grasp this in a total and visceral way and the result of that is freedom. The result of that is a liberation from entanglements that no language could ever portray in any comprehensive way. What we have experienced a time or two or more, as some measure of exhilarating freedom, is nothing by comparison with Liberation.

The avatar is either imminent or here and this presents a problem as far as the intransigent infrastructure is concerned. When Materialism is crystallized, as the seemingly hard wired face of the external world, it impacts on every area of human endeavor and awareness. In religion it expresses itself as fundamentalism; kind of like catching lightning in a jar. Lightning isn’t generally native to this kind of an environment and containing it in a jar does nothing in terms of making one capable of identifying what it is. It’s not lightning anymore anyway. Now it’s a glow stick. Fundamentalism is the celebration of ritual and routine and the means and manner of expression is defined by those who hate the idea of any kind of incomprehensible force running around and being unpredictable. It goes against the necessities of business as usual and everything becomes, ‘about the money’ and whatever hands the money might be in are not hands, they are claws.

At this time, nearly all of the religions, in a wider sense, have become the antithesis of what they were set up for in the first place. Every religion has some avatar identity that they speak of; the returning Jesus Christ, Moshiach Ben David, the Iman Madhi, Maitreya, Kalki and so on. All of these are the same being and it should go without saying that it is unlikely that this world savior is going to appear as what is expected, simultaneously in every religious camp. Religion is now an ‘us or them’ thing. From each of these perspectives, everyone else is wrong and crazy things happen because there is nothing normal or sane about any of them. In India yesterday, or whenever, all kinds of people got trampled at a temple where parishioners were lined up in the thousands to pay homage to Shiva at the temple of Durga. Why Shiva would be there instead of at some Shiva temple, I don’t know …but a handful of the impetuous decided to jump the line in their eagerness and chaos ensued. About a dozen died and 50 or so were injured.

By the day, conditions worsen around the globe. They get worse and worse for the general population and better and better for a handful who continue to improve their situation at the direct expense of everyone else. It seems unlikely that positive change will evolve out of a general awareness of this taking place because the mass of humanity is not tuned in to understanding this, even if they are looking right at it. At some point, things start flying in all directions.

Fundamentalism is a program of managed hate and fear. It’s dark and rigid and hot and it presses down on the sexual force in the bodies of all those infected by it. Their control of their own sexual force is the result of repression and that means, at some point, the weakest link will break. Violence and repressed sexual force are linked up together along with insanity. That’s a bad cocktail and when the general sexual dance in the secular world is licentiousness …and repression is the dance in the religious dynamic, you get the volcano and earthquake syndrome; push comes to shove. Throw in massive populations crowded into small spaces and presto! You got problems.

Gandalf is not going to pass through the dimensions and appear here, waving his magic wand over the whole business and change all of these pressure cookers into shining cities on the hill. I won’t speak for what the avatar might be bringing with him, I don’t know but what I do know is that what I am observing in the pressure cookers can only be resolved in a small number of ways and all of them are catastrophic from what I can see and reason out. Of course, I am limited in what I am able to understand so, there’s always an outside chance that something outside the sight-line of my windshield is also possible.

I’m guessing that there will be a global spontaneous raising of the collective consciousness and it can’t be that far away. I am also guessing that a significant number will not respond beyond a certain level, which will not be enough to take them out of the pull of the sinking ship. Their attachment to this metaphorical ship is greater than their attachment to or relationship to the resonance of the avatar. During fooball preseason, the teams get to keep about 90 players. When the season starts, that number must be reduced to 53, along with a five player practice squad. These numbers will bear no resemblance to what I am talking about but they are an indicator of the fact that not everyone is going to make the cut.

One should consider the benefits of a consistent industry in the effort to attain a communion with their higher self. One should daily inform themselves that everything else is a waste of time, unless it is somehow related to this. One should look at the very powerful form of magnetism that is radiating out and around the material sphere and which is in direct opposition to whatever efforts one is making to rise above this push and pull. Look at the world around you and look at the world within you and ascertain, if you can, what any of this means. The one is always potentially under the control of the other, unless it’s not.

The Radio Show just went up.

Visible’s Self-Improvement Guide,
Spiritual Survival in a Temporal World
– ‘An Exploration Toward the Ineffable’ …is now available to buy at Amazon.