An absolutely shocking Ministry of Defense (MoD) report circulating in the Kremlin today says that the Obama regime, yesterday, announced that it was preparing to jail one of the United States top military leaders, General James Cartwright, for up to 5 years—while at the exact same time, President Obama personally ordered thousands of Islamic State (ISIS/ISIL/Daesh) terrorists freed, including their leader Abu Bakr al-Baghdadi, from the Levant War Zone city of Mosul, Iraq. [Note: Some words and/or phrases appearing in quotes in this report are English language approximations of Russian words/phrases having no exact counterpart.] 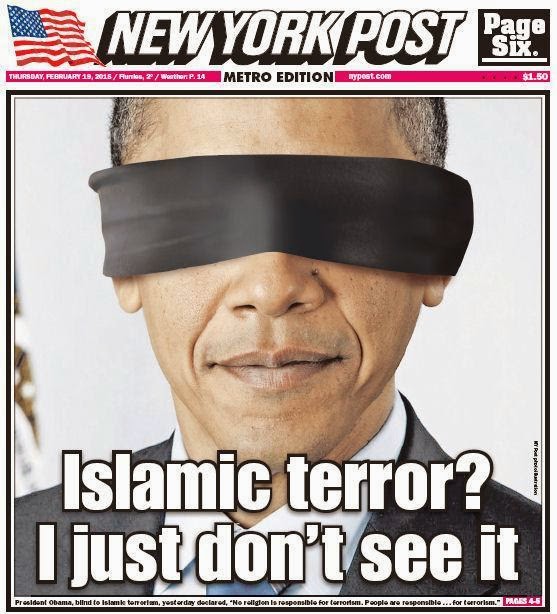 According to this report, General Cartwright, a four-star American Marine general and formerly the second-ranking officer in the entire US military, was forced by the Obama regime to plead guilty in a US Federal Court, on 17 October, for the crime of speaking to the internationally respected foreign policy reporter David Sanger.

General Cartwright’s talks with this reporter, this report explains, involved the Obama regimes secret, and deadly, deployment of the most dangerous computer virus ever created named Stuxnet—and that Sanger detailed in his book Confront and Conceal: Obama’s Secret Wars and Surprising Use of American Power that painted an unsettling picture of a White House perplexed by Afghanistan, confused by the dilemma of humanitarian intervention, and thrown off balance by the Arab Spring. 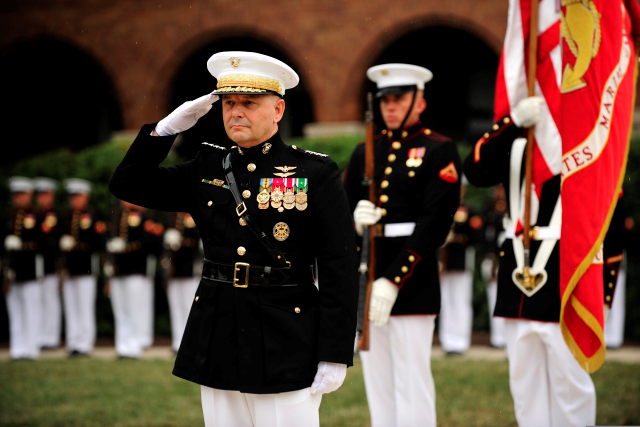 After the 2012 publication of Sanger’s book revealing for the first time the many war crimes committed by the Noble Peace Prize winning President Obama, this report continues, the Obama regime retroactively classified everything General Cartwright had told to Sanger (and that affected Hillary Clinton too, but who wasn’t charged), and then promptly filed charges against him for lying to US federal investigators—and that with his guilty plea now puts him at risk of serving 5 years in prison and having to pay a $250,000 fine.

At the exact same time General Cartwright was standing in a US Federal Court watching the Obama regime destroy his life and reputation yesterday, this report astonishingly details, President Obama ordered US military forces to allow an estimated 9,000 Islamic State terrorists to escape from Mosul that was authorized by a “deal/agreement” he had made with Saudi Arabia—and that just hours ago Foreign Minister Lavrov responded against by warning the Americans that if these fighters are allowed to leave Mosul and go to Syria, Russia would make “the appropriate military and political decisions”.

And of these 9,000 Islamic State terrorists President Obama is allowing to escape from Mosul, this report grimly states, is their terror leader Abu Bakr al-Baghdadi—who just minutes prior to the US-led attack on Mosul beginning yesterday, was “magically whisked” to safety. 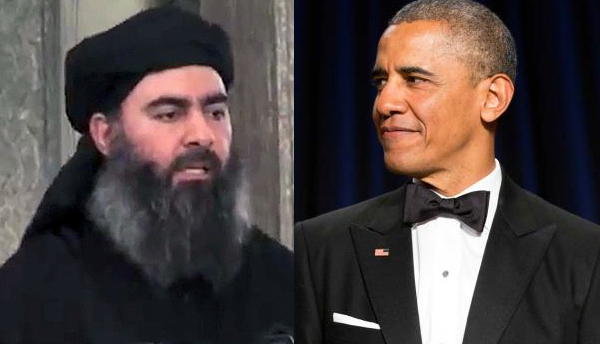 MoD experts writing in this report note that President Obama’s “fantasy strategy” of defeating these Islamic State terrorists by allowing them and their leader to escape the battlefield makes no logical military sense at all—unless, of course, the Obama regime, and its Saudi Arabian and Qatar allies (who Hillary Clinton secretly admitted were funding these barbarians), never planned on defeating them in the first place.

Being called by the American military as Operation Inherent Resolve, this report continues, the Obama regimes “make-believe/pretend” battle to defeat ISIS terrorists in Mosul began yesterday (17 October) and is being led by over 6,000 US troops [the Pentagon still refuses to admit exactly how many thousands of US troops are really in Iraq and Syria] backed by Australian troops rushed to the war zone (9.45 a.m. IST bulletin)—but whose true “aim/goal”, some experts claim, is a “secret terror deal” between the US and Saudi Arabia to allow these barbarians [who have already killed over 33,000 people worldwide] to go to Syria so that they can kill Russian soldiers. 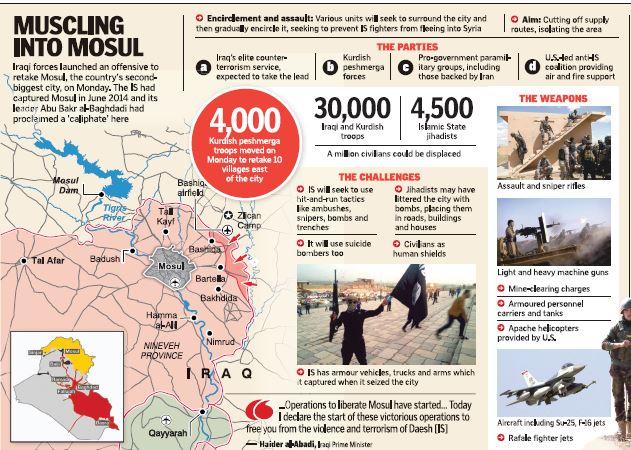 Standing ready to defeat this Obama-Saudi Arabian “master plan” to unleash these Islamic State terrorists on Russian troops in Syria, however, this report notes, are the 100,000 estimated Iranian-backed Shiite forces who are making ready to destroy these barbarians during their “planned and protected” US escape.

To the consequences of the failure of President Obama’s and Saudi Arabia’s “master plan” for their ISIS terrorists, this report continues, Israeli intelligence officials are now warning that these Shiite militias loyal to Iran will not take part in the fighting to liberate Mosul, but will be stationed to the west, where they will block ISIS attempts to flee to their Syrian stronghold of Raqqa, and from there, these militia fighters will be able to move ahead Tehran’s secret project of forging a path to the Mediterranean through Iraq and Syria—and that, interestingly, US president candidate Donald Trump’s top military advisor, Lieutenant General Michael Flynn, concurred with yesterday by his, likewise, warning that Iran will be the real winner when the Iraqi city of Mosul is taken back from the Islamic State. 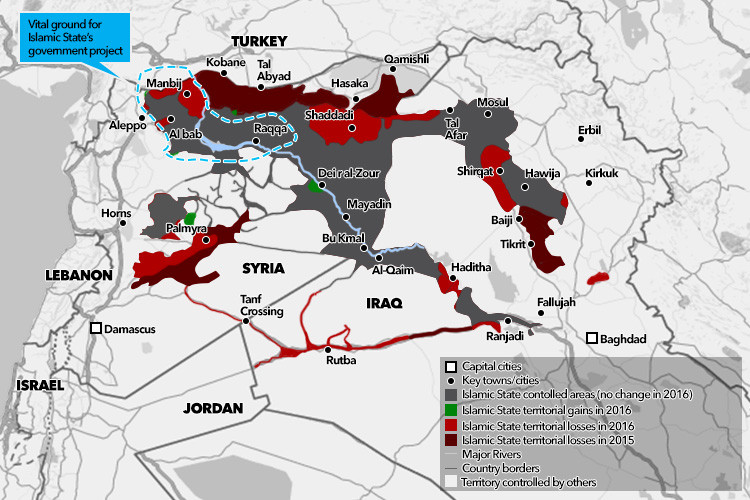 To the American people being allowed to know the “horrid truth” of the Obama-Clinton-Saudi Arabia-Qatar “cabal of evil” destroying the Middle East, this report says, continues to be nearly non-existent as the mainstream American reporters who are supposed to be telling these people truthful facts, are, instead, showering Hillary Clinton with money, while at the same suppressing from the public their knowledge of her many crimes proven by Wikileaks—and that, astonishingly, CNN reporter Chris Cuomo proved by blatantly lying to the American people this week falsely telling them it was illegal for them to read Hillary Clinton’s secret Wikileaks emails—with him further lying and saying that journalists, like him, were allowed to read them, so people should listen to him, not what they can see (and prove) for themselves.

With General Cartwright now facing years in prison for a “made-up/pretend” Obama regime crime, while the leader of ISIS is allowed to go free, this report concludes, one can only “wonder in fear” what the next Obama-Clinton outrage will be—but with President Putin’s patience “fast running out”, his previous warning to these Americans of World War III may be the only thing to stop this madness before the whole world is destroyed by these insane madmen, and woman.