One Photograph Sparks Pesticide Revolution In This Argentinian Town

One Photograph Sparks Pesticide Revolution In This Argentinian Town

BY CHRISTINA SARICH
POSTED ON FEBRUARY 29, 2016

One Photograph Sparks Pesticide Revolution in this Argentinian Town

Aixa Ponce Cano was born in the small town of Avia Terai in rural Argentina with tumors on her back and moles covering her body. Her mother, like most other people in Avia Terai, lives near soybean fields that are sprayed with pesticides.

A photograph of the young girl, Aixa Ponce Cano, now eight, born in the small town of Avia Terai in rural Argentina has made a massive difference in the lives of children exposed to pesticides through indiscriminate crop spraying.

The photo was taken by Marco Vernaschi and published in National Geographic just a year ago. Aixa lives near soybean fields that are sprayed often with toxic agricultural pesticides, causing her to suffer tumors on her back, and moles that cover her body.

The photograph dramatically illustrated the problems of parents who live near fields that are often sprayed with pesticides. Since the photo was published, residents of Avia Terai have experienced improved conditions which may help them avoid the outcomes that Avia has suffered.

Residents now receive advance notice before spraying, and farm workers are demanding better-than-average job protections, according to Alejandra Gomez, a lawyer and co-founder of Red Salud, a volunteer network of doctors, lawyers, and scientists.

Pesticides are also no longer sprayed near schools or on weekdays in the young girl’s neighborhood. It’s a long way from eliminating these cancer-causing pesticides completely, but definitely a step in the right direction. 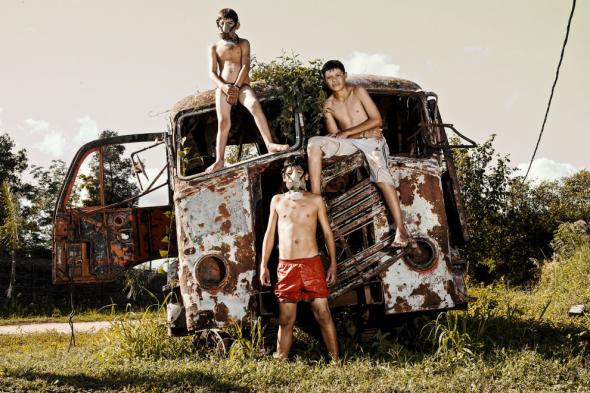 In Avia Terai, children play in fields and water pools that are contaminated with agrochemicals. 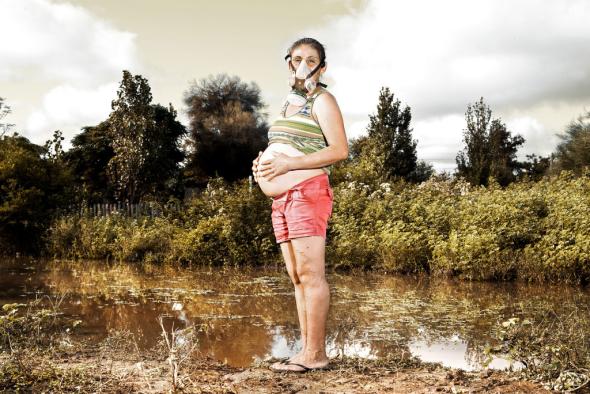 Claudia Sariski’s family has no running water, so they collect it in plastic containers that had previously been filled with herbicides. Two of Claudia’s children suffer from respiratory diseases. Experts say it’s possible that some health effects are linked to the chemicals, but there have been no studies in the town to examine potential links.

Avia Terai is without running water, which exacerbates any health concerns linked to pesticide use. Many small towns throughout agricultural landscapes across the globe suffer similar conditions. Small farmers are usually subjugated and must bow to the demands of large agricultural institutions, unless of course, they ban together and speak out.

With support from positive publicity, such as the photo that Vernashi took, the problem of pesticide exposure cannot just be swept under the rug. After all, you can quote a thousand scientific studies proving that these chemicals cause cancer, but when a young girl stands in a pesticide-dowsed field with tumors covering her body, there is little the Big Ag industry can say to refute their unsustainable farming practices.

“Asked about the local concerns, Monsanto, which manufactures glyphosate and engineered seed, said in a statement that ‘we have great sympathy for anyone suffering from an illness; however, we disagree with statements linking our products to these.’ The company also explained that ‘Monsanto employees around the world work hard to ensure that our customers and suppliers are properly trained and use the products according to label instructions.’

If more photo journalists can document the outcomes of pesticide spraying, we have greater evidence with which to charge them for their crimes – if not in courts of law – at least in the moral court of public opinion. This is sometimes all it takes to spark a revolution.