Poland’s Civic Platform opposition party will assemble a parliamentary group to look into cases of manipulating the causes behind the Smolensk crash for political gain, according to party leader Grzegorz Schetyna. 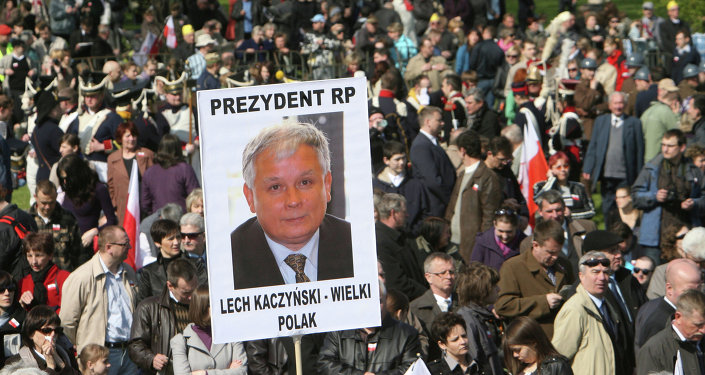 On April 10, 2010, a Polish jet airliner carrying Kaczynski, his wife and officials crashed amid heavy fog as it attempted to land at an airfield near the Russian city of Smolensk. All 96 people on board died in the crash. The Moscow-based Interstate Aviation Committee said that the flight crew’s decision not to reroute the plane to an alternative aerodrome led to the crash.  In March 2016, Polish Defense Minister Antoni Macierewicz said that following the plane crash Poland became a victim of terrorism activity.

“We will assemble a parliamentary group to look into cases of manipulating the causes behind the Smolensk crash for political gain… There is one false and lethal fruit that is poisoning our public life, which is the actions of Antoni Macierewicz and everything related to the Smolensk catastrophe… the exploitation of the catastrophe in useless political games,” Schetyna said at the Civic Platform conference taking place in Gdansk, as quoted by the Telewizja Polska public broadcaster.

At the end of the event, the Civic Platform is expected to adopt a party program for the next several years. The party was in power between 2007 and 2015, before losing to PiS.

Upon returning to office, the party aims to abolish Poland’s Institute of National Remembrance (IPN) and Central Anti-Corruption Bureau (CBA) which have become political tools for PiS, Schetyna added.

“We must eliminate institutions which serve the interests of one party and have become centers that are poisoning public life under the guise of serving noble causes. That is why today I declare that we will abolish the Institute of National Remembrance and we will also abolish the Central Anti-Corruption Bureau,” he said.

The IPN was established in 1998 to investigate crimes committed in Poland by Nazi and Communist governments in the 20th century. The body was given persecution powers, but this prerogative was declared unconstitutional in 2007. The CBA was established in 2006 to address government corruption in Poland and reports to the country’s prime minister.