The number of Americans who support the legalization of marijuana has grown to an all-time high of 60%, nearly double the 31% supporting it in 2000.

Gallup released their new findings on Wednesday, less than a month before voters head to the polls.

The poll found that 67% of Democrats support legalization, as well as 42% of Republicans and 70% of independents. Millenials are most enthusiastic about making marijuana legal, with 77% of those 18-34 supporting it, less than half, 45%, of voters above 55 support it.

“When Gallup first asked about this issue in 1969, 12% of Americans supported legalization. By 2000, support had increased to 31% and has continued climbing since then, reaching 58% last year,” PBS reported.

The legalization of marijuana for recreational use is on the November ballot in Arizona, California, Maine, Massachusetts and Nevada. The use of the plant is legal in Alaska, Colorado, Oregon, Washington state and the District of Columbia.

Democratic candidate Hillary Clinton does not support marijuana legalization for recreational use, or for medical treatment.

“She believes we should use alternatives to incarceration for low-level, nonviolent marijuana users, and she will reschedule marijuana from a Schedule I to a Schedule II substance,” Clinton’s website states. 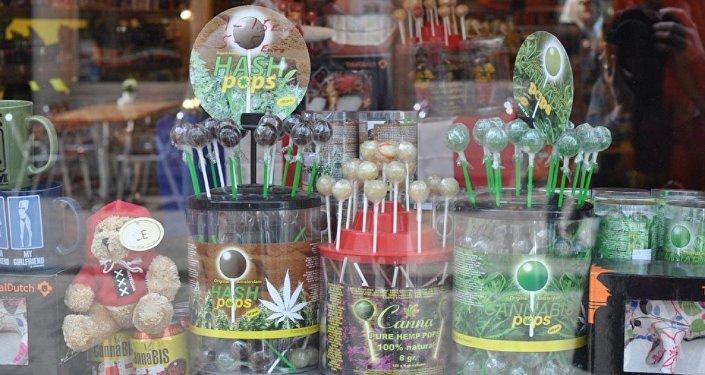 Republican candidate Donald Trump actively supports medical marijuana, but has been cautious on endorsing legalization for recreational use. Pro-marijuana website Merryjane has endorsed Trump as the best candidate to get weed legalized.

“When it comes to the superfluous government spending that Trump denounces at his rallies and debates, $40 billion could be saved just from doing what he said he would do: stop the war on drugs. In fact, Trump would save 400 percent more from cutting federal and state level enforcement on drugs than he would from ending Common Core,” Merryjane detailed.

“The real question is if elected, will Trump come through on the multitude of platforms he’s been promising the American people. That’s yet to be determined,” they noted.

Somewhat unsurprisingly in the 2016 election cycle, marijuana itself has a higher favorability rating than either of the candidates.