Last month, Chinese President Xi Jinping announced plans to strengthen the country’s aviation industry, particularly the field of advanced engines. Commenting on Xi’s remarks, Russian analysts told online newspaper Svobodnaya Pressa that the day when China comes to match the capabilities of Russian and US air power may be just around the corner.

Late last month, China Daily reported that President Xi hailed the establishment of a new company, Aero Engine Corp of China, which is set to research, develop, and manufacture aircraft engines for the Chinese aviation industry. The newspaper said that the decision was “a strategic move that will improve the aviation industry and boost the modernization of the Chinese military.”

The paper emphasized that at present, “aircraft engines remain one of the few fields in which the country still lags largely behind top players, especially the United States.” China, the paper added, continues to rely on imported engines for its most advanced aircraft, including the J-10 fighter and the Y-20 transport, as well as the new-generation J-20 stealth fighter, which “used Russian-made engines for its test flight.” 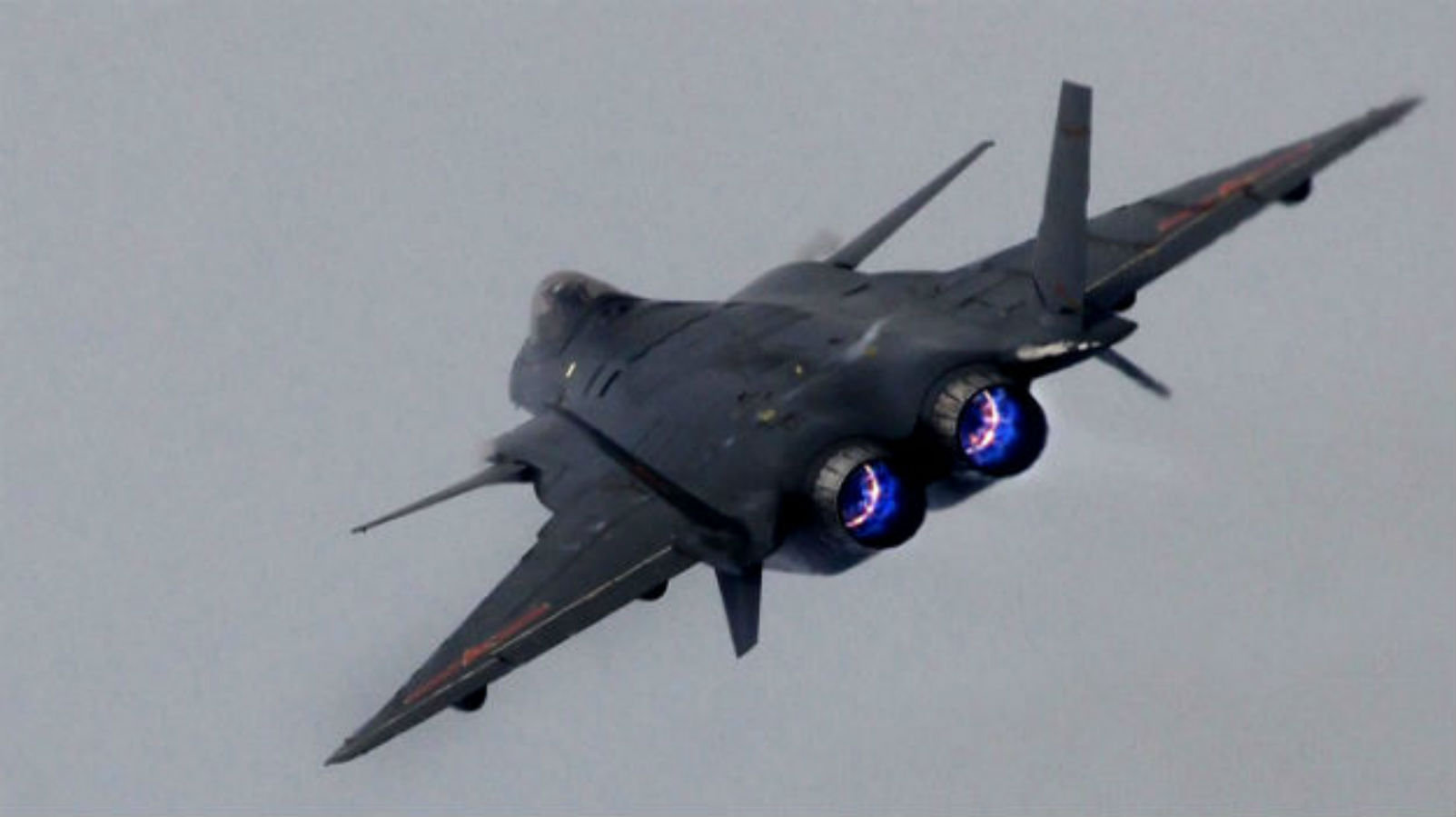 Accordingly, China Daily pointed out that the Made in China 2025 blueprint, adopted by the Chinese government last year, listed aircraft engines “as one of the 10 crucial manufacturing sectors” whose development the state would “strongly” support. With the opening of the Aero Engine Corp of China, it seems that Beijing’s initiative is quickly moving to resolve the industry’s problems.

Commenting on the initiative, and on China’s prospects for matching Russian and American capabilities in military aviation, Russia’s Svobodnaya Pressa online newspaper spoke to two experts on the subject, including Alexander Khramchikhin, deputy director of Russia’s Institute of Political and Military Analysis, and Andrei Frolov, editor of Arms Export magazine.

China, Khramchikhin recalled, is already among the top three military powers in the world, alongside the US and Russia, and is capable of competing accordingly, including in military aviation.

“China’s Air Force, like that of Russia, remains behind the US when it comes to support aircraft (including tankers, transport planes, and electronic warfare planes), but is steadily closing the gap,” the analyst explained.

Furthermore, “in terms of the numbers of 4th generation it will have in the coming years, China will confidently come out first in the world, besting both the US and Russia – and its airplanes will be physically newer.”

“As far as strike aircraft go, things are somewhat worse than when it comes to fighters, but here too the situation is rapidly improving. So in terms of combat aircraft the Chinese are quite competitive, with the exception of strategic aviation.”

©
AFP 2016/ PETER PARKS
Learning to Fly: China Rolls Out Project to Create Its Own Aircraft Engines

In that area, Khramchikhin recalled that “it’s well known that the Xian H-6 is a copy of the Soviet Tu-16. However, back in the 1990s, China bought the Soviet Kh-55 air launched strategic cruise missile from Ukraine, and the American Tomahawk from Pakistan. Their synthesis resulted in a whole family of Chinese cruise missiles, including the CJ-10. In this regard, China’s numerous ballistic and cruise missiles of various ranges, together with strike drones, complement the capabilities of Chinese aviation.”

China, the analyst suggested, is using a military R&D strategy very similar to its broader industrial one, taking Western and Russian technologies, and ‘Sinifying’ them. “Accordingly, Beijing is very quickly cutting down on the gap in its capabilities, which even at present is almost purely symbolic and unimportant. The Soviet Union, which also lagged very far behind the West in the 1940s and 1950s, overcame the lag in the same way.” 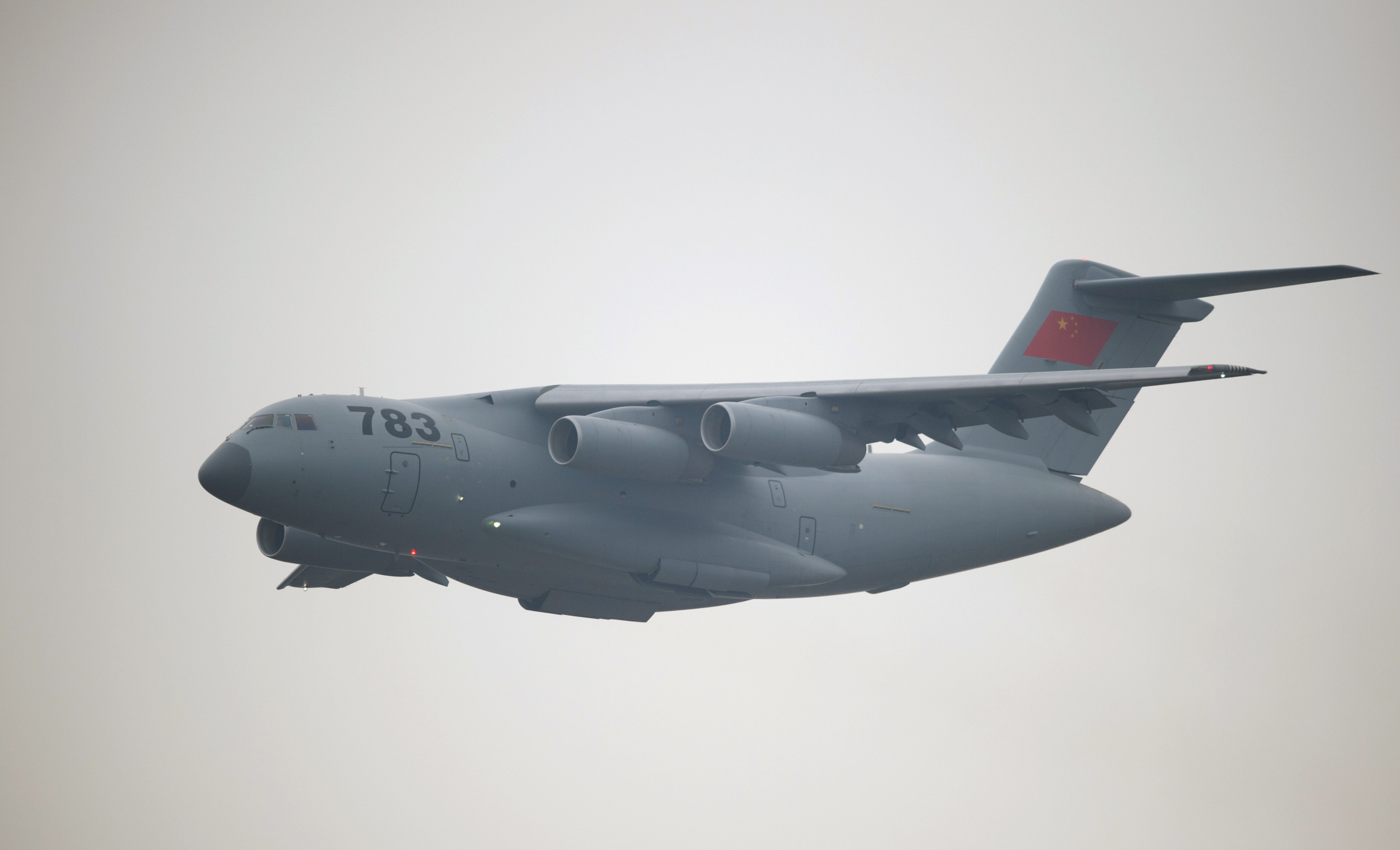 “Factually,” Khramchikhin explained, “the Chinese military aviation industry has already been a world leader in its production capabilities. In one year, the country builds more combat aircraft than all 28 NATO countries (including the US) combined. And talk about the poor quality of Chinese aircraft is also a myth. It’s difficult to argue with 100% certainty of course, but the accident rate of their planes is no higher than ours or that of the Americans…As for engines, there is nothing to stop China from catching up with the US or Russia.”

For now, the analyst noted, China’s military aviation industry has several weak spots, and is not capable of building proper 4th generation engines, for example. At the same time, neither do they seem to be in a hurry to develop 5th generation air superiority and multirole planes, such as the J-20 and J-31. However, even the United States, the world’s number one military aviation power, has questioned recently whether the tremendous expense of the new 5th generation planes is worth the improved capabilities they offer.

Arms Export magazine editor Andrei Frolov shared his colleague’s admiration for the potential of Chinese air power, but also noted that limitations in engine-building capabilities have clipped the wings of the country’s military aviation, and need to be resolved before the country can really compete with the US.

Getting into specifics, Frolov recalled that “the Chinese have the WS10A Taihang engine, produced and developed in Shenyang. It  is installed on Chinese derivatives of the Su-27 twin-engine heavy fighter — the J-11B/BS and the J-16. But this engine, on the one hand, faces reliability issues, and on the other, is not powerful enough for a fifth-generation fighter. Therefore, China faces a new challenge – to make a more powerful engine on the level of our Product 117 (the AL-41F1), installed on the Su-35 fighter jet. Apparently, unable to make this kind of engine, the Chinese made one of the conditions of their purchase of 24 Russian Su-35s being that they are equipped with this powerful engine.”

At the same time, Frolov explained, China is working on its own analog to Russia’s D-30KP2, “which they want to put in the H-6K bomber and the Y-20 military transport plane. But this is far from the latest in aircraft engine design. I believe that the recently concluded agreement between China and Ukraine on cooperation involving the [super-heavy transport] An-225 Mriya suggests that the Chinese will try to get the Ukrainians’ technology, or create it themselves with Ukrainian assistance, to give them heavy-duty engines for their military transport aircraft.” ©
AP Photo/ Xinhua
In this undated photo released by Xinhua News Agency, a Chinese H-6K bomber patrols the islands and reefs in the South China Sea.

“As far as combat aircraft are concerned, the Chinese have the J-10A, a good fighter using the Russian-made AL-31FN engines, and the J-10B, equipped with an active phased array antenna. That’s something none of our production aircraft have yet.”

Ultimately, comparing the difference in capabilities that existed between Soviet and Chinese military aviation in the 1980s, and the one that exists between Russia and China today, Frolov noted that if in the 1980s the gap was nearly two generations, today, on the whole, it’s only one or even half a generation, and is quickly closing. Moreover, “quantity multiplied by quality allows China, in some situations, to step out on an equal footing with Russian and American aviation.” Nevertheless, for now, competition with the US is more difficult, because they have both quantity and quality on their side.”