On Monday, a defense industry official told Russian media that the mass production of the RS-28 Sarmat intercontinental ballistic missile, a new multi-warhead, super-heavy missile designed to defeat anti-missile systems, would begin in 2018, two years ahead of schedule. Defense analyst Vladimir Tuchkov explains what made this possible.

The Sarmat, being developed by the Makeyev Rocket Design Bureau in the city of Miass, just east of the Ural Mountains, will replace the RS-36, a family of ICBMs and space launch vehicles that entered service in the 1970s and 1980s.

Featuring a large payload capacity, the heavy missile is expected to carry up to 10 heavy warheads, or 16 lighter ones, or a combination of warheads and countermeasures meant at overwhelming enemy missile defenses.

Most concerning to foreign defense observers is the prospect of the Sarmat being armed with Project 4202, a hypersonic glider which, after separating from its ICBM launch vehicle, will be able to accelerate to speeds between Mach 7 and Mach 12, acting like a hypersonic cruise missile, and capable of maneuvering to overcome any existing or prospective missile defense to reach its target.

The Sarmat missile, whose development began in 2009, has been touted as Russia’s response to US projects including the Prompt Global Strike initiative, and as well the effort to deploy missile defense near Russia’s borders. If nothing else, Moscow hopes that the new missile and its payload will deter US efforts to gain strategic superiority over Moscow, or, in the worst case scenario, to launch a surprise attack on Russia.

Russia’s Strategic Missile Forces initially expected the arrival of the first parties of the new missile by 2020, in accordance with the state’s defense program to the year 2020.  But on Monday, a source within the Russian military industrial complex told Russian media that “the first Sarmats will be introduced to the Strategic Missile Forces no later than 2019, and most likely – in 2018.”

Commenting on the news, Vladimir Tuchkov, military analyst and contributor to the independent online newspaper Svobodnaya Pressa, emphasized that the quickened pace of development was made possible by the modernization of the industrial base at the Krasnoyarsk Machine-Building Plant, where the production of the Sarmat missile is set to take place.

Thankfully, Tuchkov added, the modernization of the enterprise’s production capabilities came at a very timely moment, in view of the deterioration of relations between Russia and the NATO bloc, led by the United States. “The new missile will be a powerful deterrent, significantly outperforming all existing carriers of nuclear weapons,” the analyst noted.

At the same time, the analyst pointed out that at the moment, Russia’s silo-based, liquid fueled R-36M2, Voyevoda (NATO codename SS-18 Satan), an upgraded variant of the R-36, is still the most powerful weapon in its class. “Among the land, sea and air-based weapons on both sides of the Atlantic, there is nothing even close to reaching its combat capabilities. It’s no coincidence that NATO assigned it such an appropriate name – the ‘Satan’.”

The R-36M2, developed after Ronald Reagan announced his ‘Star Wars’ missile defense initiative in 1983, was adopted in 1988, designed to serve as a deterrent capable of breaking through any missile defenses the United States might be able to muster.

Even today, Tuchkov noted, the R-36M2 is an effective weapon against any existing missile defense systems. However, he also added that “after a quarter century, the prospective enemy’s missile defense systems are beginning to catch up with [it]. More precisely, Russia has developed the technical capability to create a new ICBM with even beter characteristics, to convincingly demonstrate the untenability of the potential opponent’s missile defenses, both existing and future ones.”

And Russia has another important reason for developing a new ICBM, the analyst wrote. This has to do with the fact that the R-36 series of missiles were originally developed in Dnepropetrovsk, Ukraine at the Yuzhnoe Design Bureau. “Now, when ties with Ukraine have been completely severed, it’s necessary to get rid of any leftover dependency on Ukraine’s military-industrial complex for the supply of spare parts and servicing.”

As for the Makeyev Rocket Design Bureau, charged with the development of the Sarmat, Tuchkov recalled that their engineers are already known for the creation of topnotch missiles for Russia’s fleet of strategic submarines. “In this area their achievements have been impressive.” The R-29RMU Sineva, NATO-code name SS-N-23A Skiff, “is a record-holder in its power-to-weight ratio – that is…the ratio of the rocket’s power in relation to its mass.” 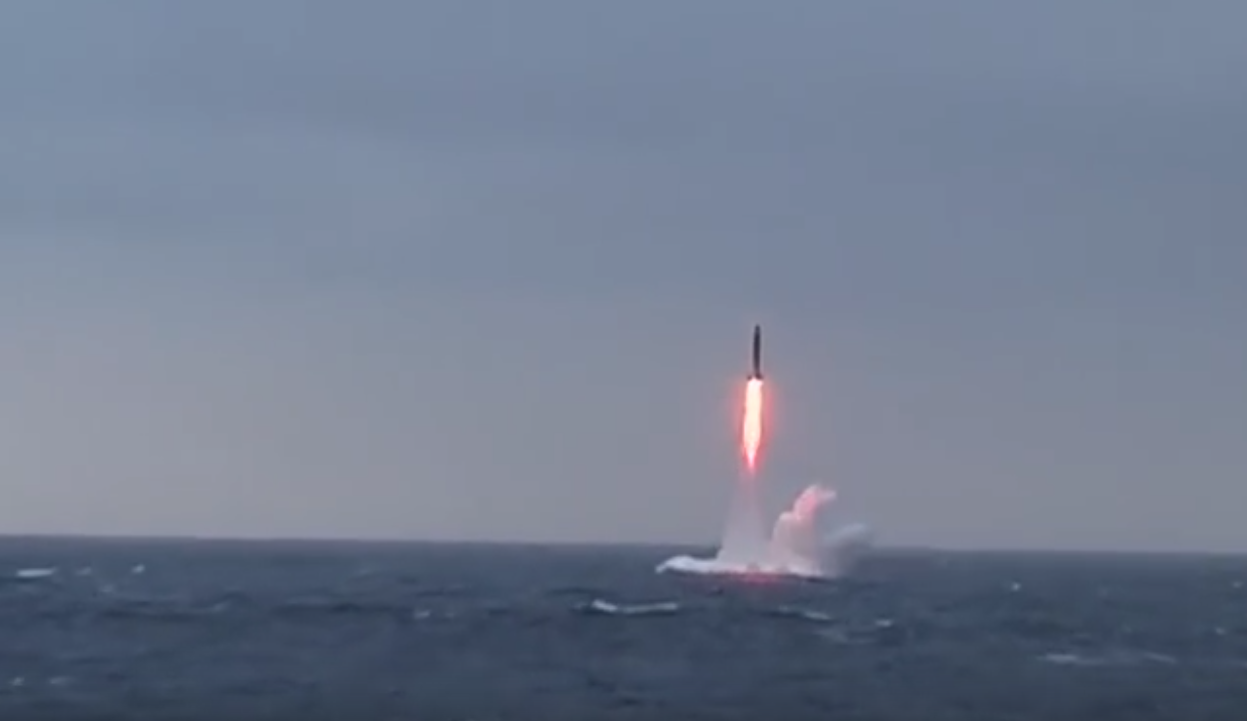 “There is nothing paradoxical about the Sarmat being made specifically [by engineers at Makeyev],” the analyst noted. “Firstly, they have accumulated a vast amount of experience in the creation of liquid-propelled rockets, which have better power characteristics than solid-fueled systems. And the Sarmat, in order to surpass the combat characteristics of the Voyevoda, was developed as a liquid-fueled missile.”

“Secondly, the design bureau has experience with ground-based missile systems, too. Among them, for example, is the R-17 missile, NATO classification Scud.” 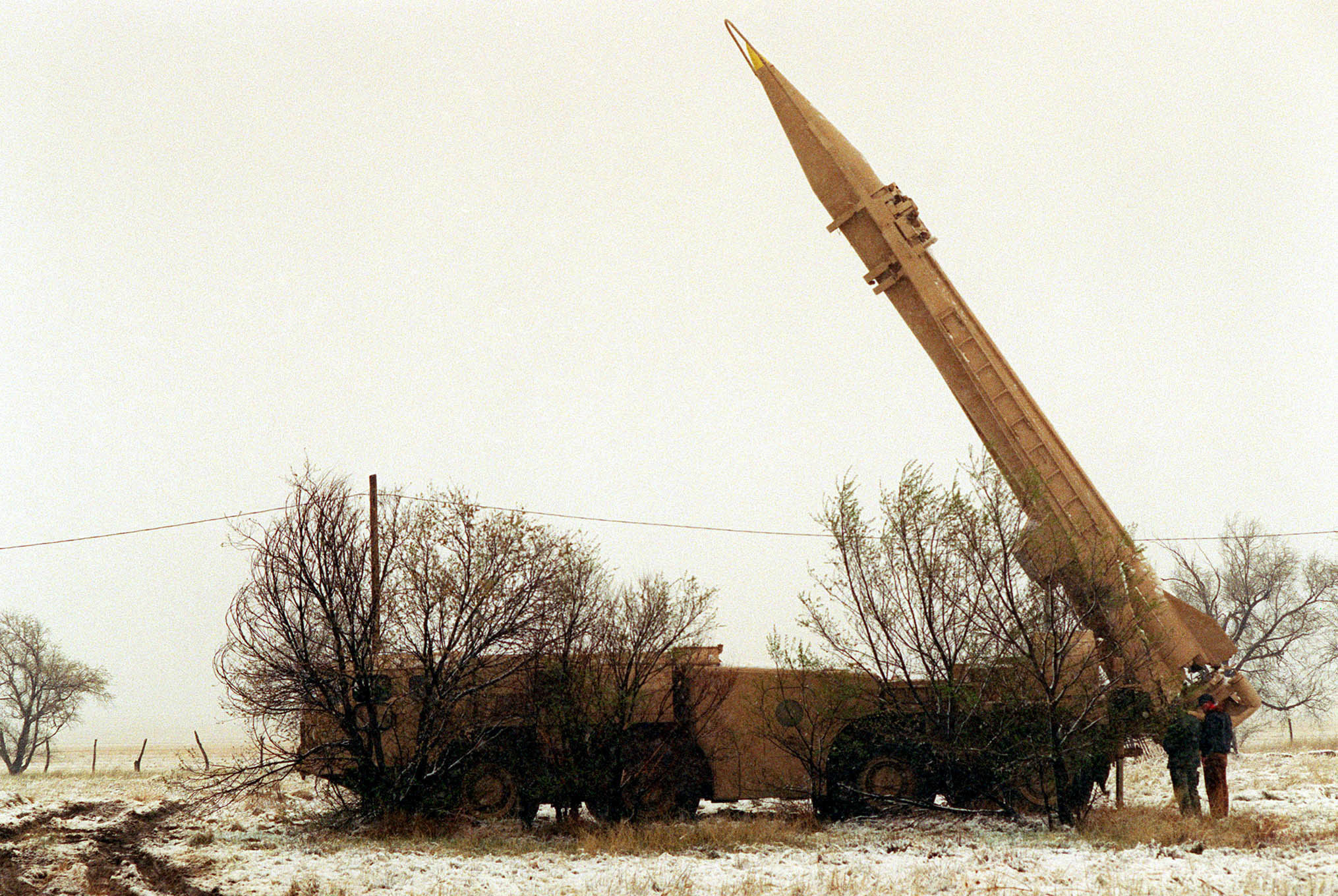 Ultimately, Tuchkov noted, “the constructors at the Makeyev Rocket Design Bureau went their own way. In other words, they did not decide to simply create an upgrade of the Voyevoda (even though such opportunities existed) but created an entirely new missile…The result was a missile which is superior to the Voyevoda in all respects.” 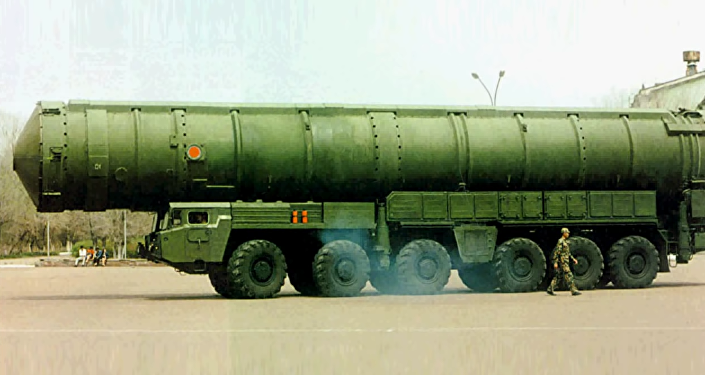 That includes a better power-to-weight ratio. “The Voyevoda weighs over 210 tons – the Sarmat —20% lighter. And the new missile is capable of going into suborbital trajectory, going in on its target from space.” This means the possibility of attack from any direction, including the North or South Poles. “And the trajectory is laid in such a way as to avoid regions with the massive buildup of missile defense systems.”

“This is achieved through the use of a more efficient propulsion system, both at the first and second stages [of the missile’s flight]. An increase in power is also expected via the use of an upper-stage booster in the final stage.” That, Tuchkov explained, makes it possible to use the missile for civilian purposes – as a rocket carrying satellites into orbit.

In their military role, the Sarmats will be protected in the same types of underground bunkers that presently house the Voyevodas. These bunkers, the analyst recalled, “can withstand nuclear explosions nearby, using special damping containers,” to withstand immense seismic activity.

“The defense of the bunkers will be intensified by the Mozyr active protection system, developed especially for the Sarmat. This features 100 artillery pieces, aimed to fire at any cruise missile or missile warheads, forming a cloud of projectiles up to 6 km. This system is serviced by radar featuring long-distance detection and enhanced accuracy capabilities. In addition, it is assumed that areas where Sarmats are based will be defended by the S-500,” Russia’s next generation surface-to-air missile system, entering the final stages of development.