Scoot Over, NATO! EU Army Plan to Press Ahead

Scoot Over, NATO! EU Army Plan to Press Ahead

The European Union is planning to forge ahead with plans for a combined EU military force, with some suggesting that it could eventually displace NATO.

The EU’s foreign policy chief, Federica Mogherini, has confirmed that Brussels intends to press ahead with the creation of military command structures, which some have labeled an EU army.

She said that Brussels is preparing to forward a timetable setting out steps to create a federalized EU military “to act autonomously” from NATO.

“We have the political space today to do things that were not really doable in previous years.”

“It might sound a bit dramatic but we are at this turning point. We could relaunch our European project and make it more functional and powerful for our citizens and the rest of the world. Or we could diminish its intensity and power.”

Her comments on Wednesday were widely interpreted as alluding to the UK. Before the UK voted to exit the EU on June 23, the UK was a vocal critic of any suggestions of pooling military resources and sharing command across member states.

In August, General Vincenzo Camporini, a former Italian chief of the general staff, put a particular emphasis on the plan for an EU army, also suggesting that such a project will be easier to achieve post-Brexit.

In an interview with the Italian newspaper, La Repubblica, he said Britain had thwarted plans for a joint European defence policy for years. He said he believed the EU has been given the opportunity to reassess the chances for European defence “now that the British have no voice in the matter”.

Certainly, senior British military officials have long held concerns that a combined EU military force would be hugely cumbersome and a drain on resources.

Conservative MEP for the East of England Geoffrey Van Orden, his party’s defence spokesman, told the newspaper the Daily Telegraph: “The US and indeed the UK are being misled if they imagine that such moves will enhance NATO — the key guarantor of our collective defence.”

“On the contrary, the creation of EU defence structures, separate from NATO, will only lead to division between transatlantic partners at a time when solidarity is needed in the face of many difficult and dangerous threats to the democracies.”

Now the UK is set to exit the EU, some European bureaucrats are hoping to bring the remaining 27 members closer by deepening defence ties. 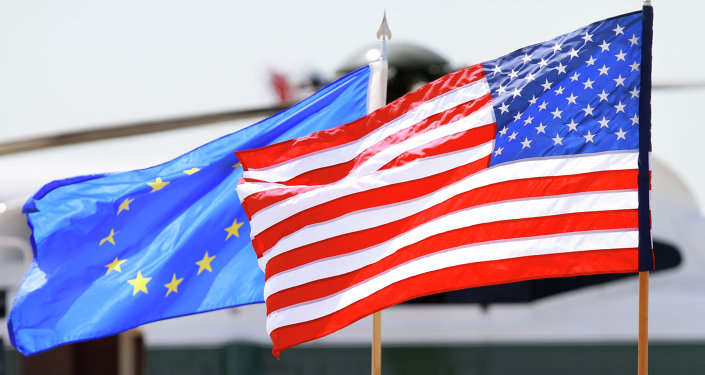 The EU has already coordinated operations in peacekeeping, anti-piracy operations and humanitarian missions. There are currently no concrete proposals on how exactly the militaries of all member sates would be integrated, and to what extent.

However, European Commission President Jean-Claude Juncker will set out more detailed plans in his “State of the Union” address next week. He’s expected to cover what kind of operations such an army will prioritize, what common investment for military hardware, and standardised military equipment all member states will receive.

In the very long run, we will need a European army. Because we have to be credible when it comes to foreign policy #wahlarena #withJuncker

Yet, the UK is not the only European nation with deep misgivings over further integration across Europe. Senior politicians in Austria, Hungary and the Poland have all communicated strong Eurosceptic sentiments.

They said an EU army was a “dangerous fallacy”…but here we are today discussing it in parliament #notoEUarmy pic.twitter.com/RMWc3nNn9j

Earlier this week, Hungarian Prime Minister Viktor Orban, vowed to push for a “cultural counter-revolution” against the power of the European Union.

He added: “People don’t change, national and religious identity still have their place.

“There’s no European identity that could replace them.”

The proposals for a federalised EU military are set to be discussed at an EU summit next week in Bratislava, Slovenia — which will not include the UK.