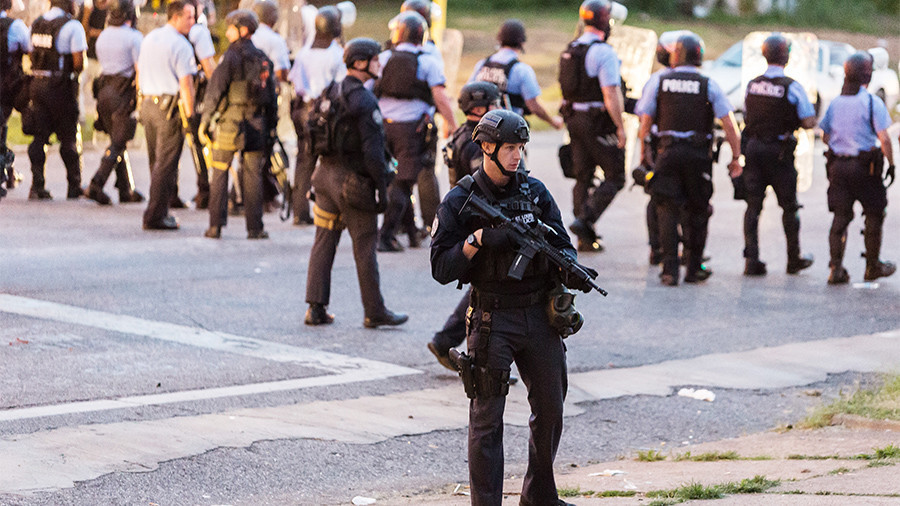 FILE PHOTO © Reuters
A federal judge has blocked St. Louis, Missouri police from using chemical agents against non-violent demonstrations or to punish protesters engaged in free expression. Several protesters have sued the police over a crackdown on demonstrations.

US District Judge Catherine D. Perry ruled Wednesday that police are not allowed to use chemical agents, including mace and tear gas, to disperse non-violent protests.

Her injunction follows a lawsuit filed by the American Civil Liberties Union of Missouri against the city of St. Louis, claiming that police used excessive force against demonstrators during the weeks-long protests following the acquittal of former officer Jason Stockley in the 2011 killing of Anthony Lamar Smith.

“Evidence – both video and testimony – shows that officers have exercised their discretion in an arbitrary and retaliatory fashion to punish protesters for voicing criticism of police or recording police conduct,” Perry wrote.

Lead plaintiffs Maleeha Ahmad and Alison Dreith both testified they were pepper-sprayed in the face without warning. Ahmad was intentionally blocking a bus as an act of civil disobedience when officers sprayed her with mace. Dreith testified that she was not blocking the bus when she was maced. Neither Ahmad or Dreith were arrested.

Joshua Wedding testified that he was maced in the face without warning while filming the police. Documentary filmmakers Drew and Jennifer Burbridge were among 120 arrested on September 17 and are suing St. Louis police for unlawful arrest and assault. 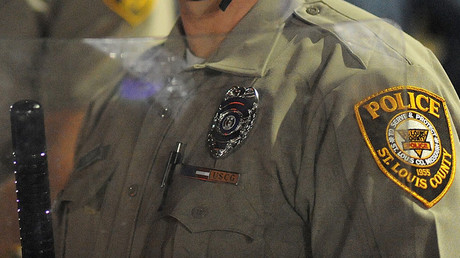 In December 2011, Jason Stockley, then a 31-year-old officer, shot and killed Anthony Lamar Smith, 24, following a suspected drug transaction and high-speed chase. Stockley was carrying his personal AK-47 at the time, in violation of department policy. Smith backed his vehicle into a police SUV and nearly hit Stockley. Stockley then pursued Smith in a car chase, saying he was “going to kill this (expletive), don’t you know it,” according to court records.

Prosecutors argued that Smith did not have a gun as Stockley claimed, and that the officer fired five shots at Smith following the chase – including a final shot just six inches from Smith. They also said Stockley planted the gun found in Smith’s care and did not wear gloves while handling evidence, thereby violating police procedure.

Stockley was charged with first degree murder in May 2016, more than five years after the incident. Protests began shortly after the acquittal and continued for weeks. Protesters shut down highways, vandalized the mayor’s house, and demonstrated inside the Galleria mall in the upscale suburban area of Richmond Heights.

St. Louis police have been under increased scrutiny since an uprising in Ferguson following the August 2014 killing of an unarmed black man named Michael Brown by then-officer Darren Wilson. A grand jury declined to indict Wilson, sparking mass protests and riots.