The Black Death wiped out nearly half the population of Europe during the 14th Century, a blight that swept through the continent in the gut of fleas. But a new analysis of ancient human DNA shows that the dreaded bacteria emerged at least 3,000 years before the first plague pandemic—a time before it mutated into its modern and more virulent form.

The new study, which now appears in the science journal Cell, is fascinating for two reasons.

First, it shows that the bacteria responsible for the plague, Yersinia pestis, has been around twice as long as previously thought, and second, the version of Y. pestis that existed more than 5,000 years ago was categorically different than the one that ravaged Eurasian populations starting in the 4th and early 3rd millennium BC. Notably, it hadn’t yet evolved the capacity to survive in the gut of fleas. This more ancient alternate version, now known as the pneumonic plague, was passed on from person-to-person via airborne transmission rather than from flea bites. 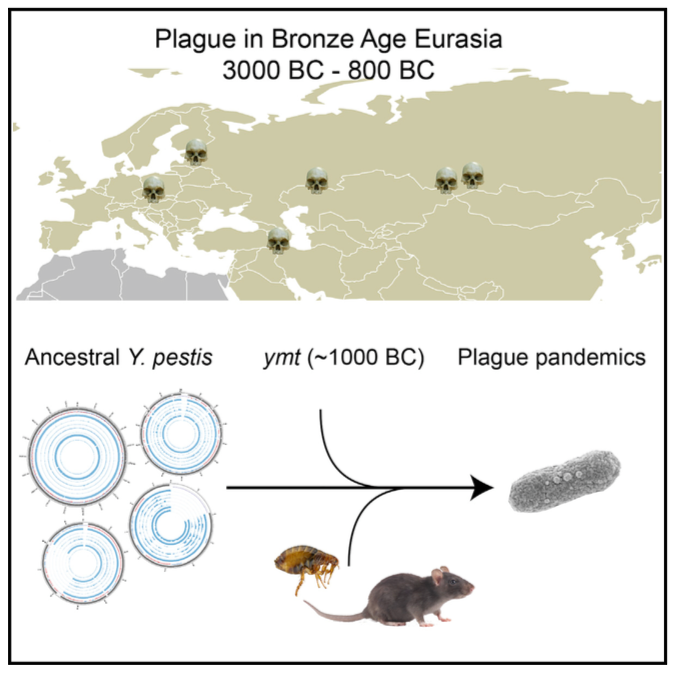 An international team of researchers from the universities of Copenhagen, Denmark, and Cambridge, UK, analysed the DNA extracted from the teeth of 101 adults from Asia and Europe dating from between 2,800 to 5,000 years ago. The scientists identified the Y. pestis bacteria in the DNA of seven adults, the oldest of whom died 5,783 years ago. It’s the earliest evidence of the plague ever discovered.

From Pneumonic to Bubonic
Genetic analysis of the recovered ancient bacteria revealed a pair of key differences: it lacked a “virulence” gene called ymt, and an “activator gene” called pla.

The virulence gene protects the Y. pestis bacteria from being destroyed by the toxins in flea guts, allowing it to reproduce and multiply unhindered. This causes a clog in the flea’s digestive tract, so it starts to starve. In response, the infected flea frantically bites anything it can, thus spreading the plague further.

The activator mutation allows the bacteria to spread across different tissues, converting the localized lung infection of pneumonic plague into the bubonic form where the blood and lymph nodes are affected.

Together, the ymt and pla genetic add-ons allowed the plague to take on a more virulent form, resulting in the 541 AD Plague of Justinian and the Black Death, the latter of which killed an estimated 75 to 200 million people from 1346-53. But as the researchers are correct to point out, these mutations—on their own—weren’t enough to create the conditions for a pandemic. Structural changes to human organisation had just as much to do with it.

Changing Demographics
The researchers suspect that the older, Bronze Age version of the plague was able to spread from human to human during active migration periods. 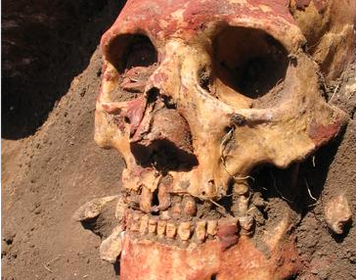 Image: Skull of a Yamnaya, the people who migrated to Central Asia in early Bronze Age and developed the Afanasievo culture. The Afanasievo are one of the Bronze Age groups carrying Y. pestis. (Credit: Natalia Shishlina)

“The Bronze Age was a period of major metal weapon production, and it is thought increased warfare, which is compatible with emerging evidence of large population movements at the time,” noted study co-author Marta Mirazón-Lahr in a statement. “If pneumonic plague was carried as part of these migrations, it would have had devastating effects on small groups they encountered.

Mirazón-Lahr says that well-documented cases have demonstrated the pneumonic plague’s ability to go from a single hunter or herder to ravaging an entire community in just two to three days.

Importantly, however, the transition of Bronze Age societies to a more urbanized mode likely contributed to the success and spread of the new form of the disease. As is well known, cities come with rats—a deadly carrier of the plague-ridden fleas.

“The endemic nature of pneumonic plague was perhaps more adapted for an earlier Bronze Age population,” noted study-co-author Robert Foley. “Then, as Eurasian societies grew in complexity and trading routes continued to open up, maybe the conditions started to favour the more lethal form of plague.”

Read the entire study at Cell: “Early Divergent Strains of Yersinia pestis in Eurasia 5,000 Years Ago”.