This Is Who Runs America

This Is Who Runs America

The fact that the Federal Bureau of Investigation requires all of its agents to visit the “Holocaust” Museum is a tacit admission letting the American people know who runs America. Imagine the scenario here for a moment before viewing this short video clip: FBI Director James Comey is being “interviewed” by Wolf Blitzer (please see Wolf Blitzer’s bio below) almost as if James Comey is being “interrogated” to divulge why FBI agents are required to visit the Holocaust Museum.

All FBI agents are required to visit the Holocaust museum 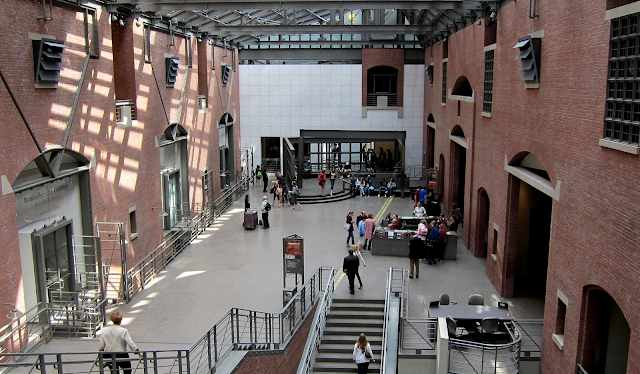 This is where FBI agents are required to visit: The United States Holocaust Memorial Museum, located south of the National Mall, on 14th Street, S.W., in Washington, D.C.

Quote by FBI Director James Comey (Catholic) from the interview in the above clip with CNN’s Wolf Blitzer:

“We want them [FBI agents] to see, in a gut-wrenching, nauseating way, what the abuse of power on an almost unimaginable scale looks and feels like, because we’re about to give them extraordinary power, and then there’s a second reason. I want them to see what we are capable of… I want them to understand what human beings are capable of… .” – FBI Director James Comey – FBI Director James Comey

The Aspen Security Forum (where the FBI clown Comey and the Mossad clown Blitzer are conversing in the video clip above) is part of the Aspen Institute and is where the Henry Crown Fellowship Program is located with funding provided by the Henry and Gladys Crown Charitable Trust Fund. Henry Crown (his name at birth was Henry Krinsky) was born to Jewish immigrants from Lithuania. Henry Crown founded the Material Service Corporation (MSC), which merged with General Dynamics in 1959. Currently, General Dynamics is profiting nicely off weapons and munitions sales including a recent US$18 billion contract to build ten submarines. Most of the big defense contractors have done extremely well on the “war on terror” including General Dynamics with the US bombing ISIS targets, or alleged bombing, for more than a year in Iraq and Syria.

Here’s some recommended reading, written by Eustace Mullins in 1979. Perhaps FBI agents should be required to read this material rather than visit the “Holocaust” museum? If you don’t read, we don’t take responsibility for your ignorance:

Referenced in The ADL-FBI Exposed by Eustace Mullins (Wikipedia is used for reference only and does not mean Wikipedia is sourced as the final authority or truth of what happened to Sami Esmail, when the FBI tipped off the Israelis of Sami Esmail visiting Israel in 1978 to see his dying father in Ramallah):

In 1978 Sami Esmail, a 24-year-old American citizen of Palestinian descent, was prosecuted in Israel for membership in the Popular Front for the Liberation of Palestine. The case generated a great deal of interest in the US, especially in the Arab American community and at Michigan State University, where Esmail was an Electrical Engineering graduate student.

Wolf Blitzer’s (“Foreign agent?” Journalist and television news anchor who has been a CNN reporter since 1990. Blitzer is the host of The Situation Room and the daytime show Wolf. Blitzer also serves as the network’s lead political anchor. Even the name, really? “Wolf Blitzer?”) bio:

Wolf Blitzer was born in Augsburg, Germany, the son of Cesia Blitzer (née Zylberfuden), a homemaker, and David Blitzer, a home builder. His parents were Jewish refugees from Oświęcim, Poland, and Holocaust survivors. He was raised in Buffalo, New York. Blitzer graduated from Kenmore West Senior High School and received a Bachelor of Arts in history from the University at Buffalo in 1970. While there, he was a brother of Alpha Epsilon Pi. In 1972, he received a Master of Arts in international relations from the Johns Hopkins University School of Advanced International Studies. While at Johns Hopkins, Blitzer studied abroad at the Hebrew University of Jerusalem, where he learned Hebrew.

Why was the Jewish FBI Agent Robert Levinson actually taken captive, or what were the actual circumstances surrounding his disappearance?

When Israel Is Mighty

Why I Left Judaism

Gilad Atzmon on Gay Pride, Jews and Immigration and the End of Israel