This Police Department is Being Trained to Better Understand, Handle MMR Vaccine victims

This Police Department is Being Trained to Better Understand, Handle Autism

Training opens a dialogue with the families of autistic people

This Police Department is Being Trained to Better Understand, Handle Autism

People with developmental disabilities are often mishandled by law enforcement simply because police officers don’t know how to communicate with them and deal with their erratic behavior. But one Virginia police department is taking steps to make sure this stops happening.

In Lynchburg, 173 police officers recently underwent training designed to improve their understanding of the way people with autism react and respond to their environments, making them the first in the state to do so.

“You’ve met one person with autism, you’ve only met that one person. There’s not something that everyone reacts the same to everything.”

Individuals with autism often react to conflicts in ways that officers don’t comprehend, so it’s important that law enforcement has a window onto their world.

“It’s not that they’re mad, it’s not that their angry, it’s that they have a frustration of something in their body, something that’s bothering them and they’re trying to get it out, and we need to try to understand.”

One example is the 12-year-old son of Didi Zaryczny. The boy has a fascination with dialing 911, and like most kids, he had been taught in school to dial it in case of an emergency. He decided to try it at home.

The comforting tone and repetition of the dispatcher’s voice beguiled him, so he would frequently dial and then quickly hang up. One night, he forgot to hang up before running to his closet, which led the dispatcher to send an officer to the Zaryczny home.

When the officer asked the boy whether he intended to dial 911, the youngster said yes. It was a situation many in law enforcement could easily have mistaken as a pre-teen pulling a prank.

“Any officer could think that this child is being smart with him, being disrespectful.”

She explained to the officer that her son had autism, and that she and her husband took turns watching him in 12-hour shifts, but the child’s phone call had somehow escaped them. The officer’s tone softened as he began to understand what had happened.

This is the type of compassion and understanding Commonwealth Autism, a nonprofit organization in Richmond Virginia, would like to see spread throughout police departments nationwide. Commonwealth works to train first responders including law enforcement, medical, and judicial personnel about how to respond to people with autism.

The organization teaches officers to recognize certain restrictive and repetitive behaviors associated with autism, and how to respond appropriately. It goes over potential scenarios they might encounter, including wandering, lack of eye contact, and violent behavior. Officers are usually taught these situations resemble criminal behavior when, in fact, they are symptoms of autism. 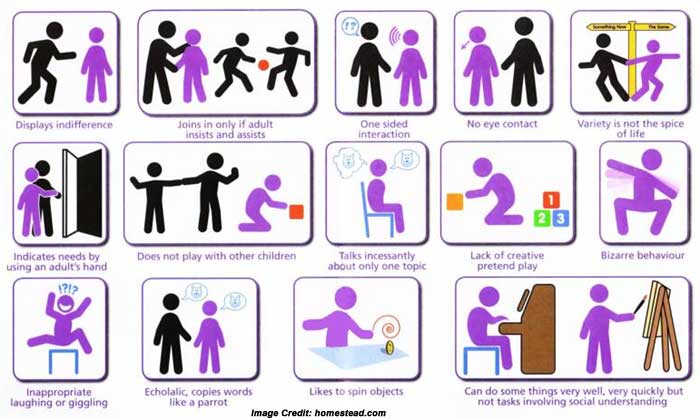 Annoyed by the sound of cash registers, Zaryczny’s son would often walk out of stores without paying for his food, for example.

But now all of the police officers who work for the Lynchburg Police Department are trained to recognize the signs and symptoms of autism. Even the police chief is educated on the subject. The training is being offered to the Lynchburg Sheriff’s Office, as well.

“The training has been very well-received by the officers because it helps them recognize how they can better serve their community.

“You would respond to people who have autism differently than someone who doesn’t. It’s about making our officers aware of this possibility because these encounters are more and more likely today.”

The training not only helps law enforcement officials understand and work with individuals with autism, it also opens a dialogue with their families.

“Families were sometimes afraid to call 911 during meltdowns because they didn’t know if the officers knew anything about autism. Families are now more apt to call 911 for help.”

Commonwealth Autism’s next goal is to offer online training to make the sessions more accessible to first responders. Zaryczny also champions events where law enforcement can interact with the autistic community and become acquainted with them in low-pressure, non-crisis setting. She said:

“It’s important that my son know that he can go to law enforcement in case of an issue and that they will understand more about him.”