Top US General: Hillary’s No Fly Zone Strategy Would ‘Require’ War With Russia

Top US General: Hillary’s No Fly Zone Strategy Would ‘Require’ War With Russia

Chairman of the Joint Chiefs of Staff Joseph Dunford warned Congress that the implementation of a No Fly Zone, a centerpiece of Hillary’s foreign policy strategy, would result in World War III.

During testimony before the Senate Committee on Armed Services last week General Joseph Dunford rang the alarm over a policy shift that is gaining more traction within the halls of Washington following the collapse of the ceasefire brokered by the United States and Russia in Syria saying that it could result in a major international war which he was not prepared to advocate on behalf of. 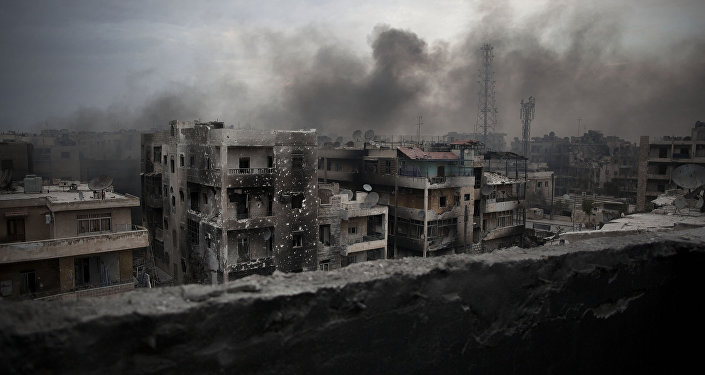 Senator Roger Wicker (R-MS) asked about Hillary Clinton’s proposal for a no fly zone in Syria in response to allegations that Russia and Syria have intensified their aerial bombardment of rebel-held East Aleppo since the collapse of the ceasefire.

“What about the option of controlling the airspace so that barrel bombs cannot be dropped? What do you think of that option?” asked Wicker.

“Right now, Senator, for us to control all of the airspace in Syria would require us to go to war against Syria and Russia. That is a pretty fundamental decision that certainly I’m not going to make,” said the Chairman of the Joint Chiefs of Staff suggesting the policy was too hawkish even for military leaders.

Despite the ramifications of the policy, Hillary Clinton has argued in favor of a no fly zone throughout her presidency starting in October 2015 just days after Russia began a bombing campaign aimed at maintaining the stability of the Syrian government.

“I personally would be advocating now for a no fly zone and humanitarian corridors to try to stop the carnage on the ground and from the air, to try to provide some way to take stock of what’s happening, to try to stem the flow of refugees,” said Clinton in an interview with NBC’s Boston affiliate at the time.

The former Secretary of State, who has a well-known hawkish position towards regime change and matters related to Russia, has continued to advocate this position which has gained traction in recent weeks among top US diplomats.

More than 50 US diplomats demanded in June, in a notorious dissent memo, that the Obama administration employ military options against Assad, such as the implementation of a no fly zone if not a direct attack against the Syrian regime.

The argument from the diplomats is that the situation in Syria will continue to devolve without direct action by the US military, an argument of dubious legality if undertaken unilaterally without a UN Security Council resolution but which the US Ambassador to the UN Samantha Power has been laying the groundwork for under the controversial “right to protect” theory of international law arguing that Russia’s opposition to a resolution should be ignored because they are a party to the conflict.

Russia counters that if the Assad regime falls then terrorist groups including Daesh (or ISIS) and al-Nusra Front (the Syrian affiliate of al-Qaeda) will likely fill the resulting power vacuum descending the country into an even greater harbor for international terrorism.