Amid its arms and munition sales to Saudi Arabia, Washington has consistently tried to distance itself from Riyadh’s actions in Yemen, a batch of classified documents and emails obtained by Reuters reads.

In the past years the United States has sold to Saudi Arabia arms and munitions worth $115 billion, including deals with a combined value of $22.2 billion since the beginning of Riyadh’s bombing campaign in neighboring Yemen in 2015. 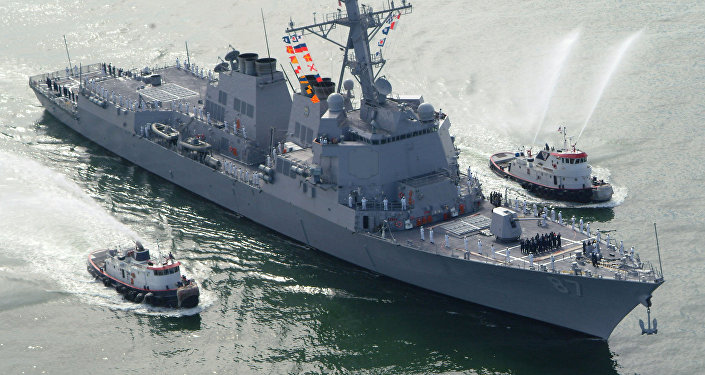 In late 2015, the Obama Administration gave a green light to a $1.29-billion deal to sell precision munitions to supply Saudi jets in Yemen. In September 2016, a $1.15 billion sale of tanks and other military equipment to Saudi Arabia was approved by the US Senate.

The United State has also provided Riyadh’s air force with refueling and logistical assistance in Yemen.

The Saudi Arabian bombing campaign has resulted in 3,800 Yemeni civilian deaths since 2015, the UN human rights office reported in August. The Saudi jets appeared to have shelled markets, hospitals, schools and other civilian targets, the report clarified.

According to secret documents that Reuters obtained under the Freedom of Information Act, the Obama administration was concerned about the rising civilian death toll in Yemen and tried to downplay legal risks tied to its connection to Riyadh’s bloodbath operations. The censored papers cover the period from May 2015 to February 2016.

In particular, some records reflect doubts by some State Department officials over the ability of Saudi Arabia to conduct military operations in Yemen without killing civilians and ruining “critical infrastructure.”

As the death toll in Yemen continued to grow in 2015, confirming officials’ fears, the US State Department faced backlash from human rights groups.

Trying to calm down rights watchdog groups, the State Department convened a meeting with activists in October 2015. At the gathering, an attempt to whitewash Riyadh was made by implying that Saudi military shelled civilians “not intentionally.”

“The lack of Saudi experience is compounded by the asymmetric situation on the ground where enemy militants are not wearing uniforms and are mixed with civilian populations,” the State Department staffer said to human rights activists at the meeting. “Weak intelligence likely further compounds the problem.”

Later in January 2016, Deputy Secretary of State Antony Blinken discussed with other officials “Options to limit U.S. exposure to LOAC (Law of Armed Conflict) concerns,” a declassified email revealed. The LOAC is a pack of international laws and treaties that prohibits attacks on civilians and requires warring sides of conflicts to minimize civilian death and damage.

In the aftermath of the meeting, so called “no-strike lists” were issued that required Saudi military to avoid hitting such targets in Yemen as water and power sites, as well as roads used for humanitarian aid deliveries.

However, Saudi aircraft failed to fulfill Washington’s requirements, and hit and destroyed a bridge that was on the list.

Death tolls in Yemen have climbed to nearly 10,000 since the beginning of the armed conflict in March 2015, according to UN data. Saudi Arabia, which has carried out air raids in the neighboring country since the breakout of hostilities, claims that a number of civilian casualties was fabricated or exaggerated and resisted attempts to launch an independent investigation.