After a widely debated decision of the Permanent Court of Arbitration in the Hague on the issue of China’s territorial claims in the South China Sea, the situation in the region so far remains stable, contrary to the expectations of many analysts.

Almost all parties to the conflict, and even China, are searching for compromise, historical expert Dmitry Mosyakov noted during a recent conference on the issue that took place at the Russian Academy of Sciences.

The expert stressed that the countries directly involved in the conflict are showing great restraint and trying to resolve the dispute by diplomatic means, while some states that are not directly involved in the dispute, in particular the United States, Japan and Australia, have come out with much more decisive and provocative statements regarding the implementation of the court’s decision. 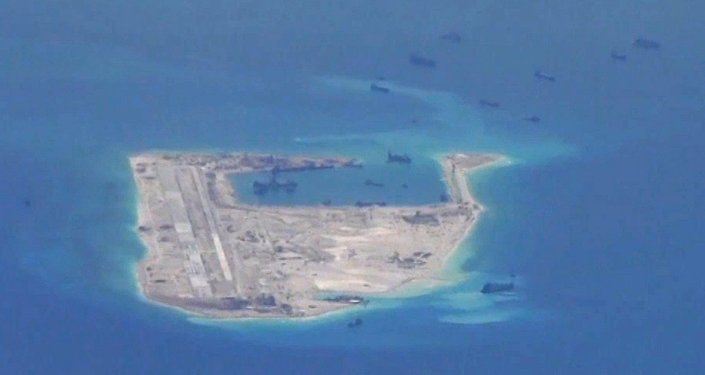 Beijing claims the entire territory of the sea, rich in mineral resources and crossed by important trade routes. China’s claims have been contested by Malaysia, the Philippines, Vietnam, and Taiwan, as well as Brunei.

Earlier this year, The Hague Permanent Court of Arbitration ruled that China has no historic rights to the South China Sea, in a trial brought by the Philippines. China says the court has no jurisdiction in the matter.

In general, participants of the conference came to the conclusion that the court’s decision has had a much lesser negative impact on the security situation in the region than might have been expected.

China’s willingness to engage in dialogue, statements of the new Philippine president about the possibility of a compromise with Beijing as well as recent talks in Hong Kong between Chinese and Philippine representatives have given rise to cautious optimism, Mosyakov noted.

At the same time, the expert stressed that the resolution of the territorial dispute in the South China Sea might be hindered by the US, as it will seek to maintain its influence and military presence in the region. The US’ activities can be viewed as a destabilizing factor, Mosyakov said, adding that the rapid US military buildup in the region currently taking place is unacceptable.

Earlier, US Secretary of Defense Ash Carter reiterated the Pentagon’s “Asia Pivot” plans, to deploy 60% of America’s overseas naval and air military assets to the Asia-Pacific region by 2020. To complicate matters further, he also announced that the Pentagon would beef up its military presence in the South China Sea.