US to Continue Presence in S China Sea Region

US to Continue Presence in S China Sea Region

The United States will continue its presence in the East China and South China seas. 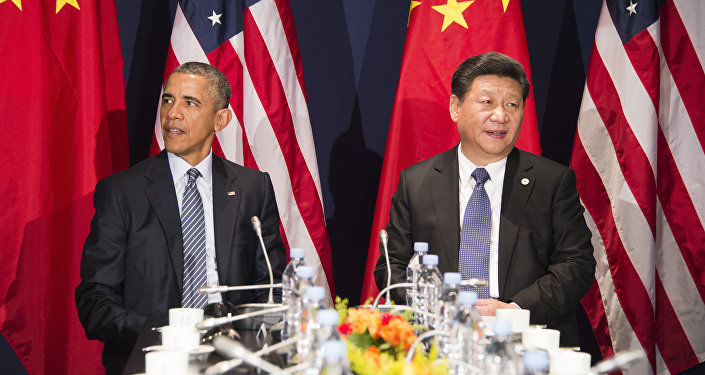 MOSCOW (Sputnik) — The United States will continue its presence in the East China and South China seas to the extent allowed by the international law allows, President Barack Obama said Tuesday.

“America’s treaty allies must know, our commitment to your defense is a solemn obligation that will never waiver. And across the region, including in the East and South China seas, United States will continue to fly and sail and operate wherever international law allows and support the right of all countries to do the same,” Obama said at a press conference upon his official visit to Laos.

China has territorial claims over Spratly Islands in the South China Sea, which are believed to be rich in oil and gas reserves. These claims run counter to those of the Philippines, Taiwan, Malaysia, Brunei and Vietnam.