The EU appears divided on the issue of more anti-Russian sanctions, as Washington demands a “harsh response” to Russia’s support for the Syrian government’s anti-terror operation. 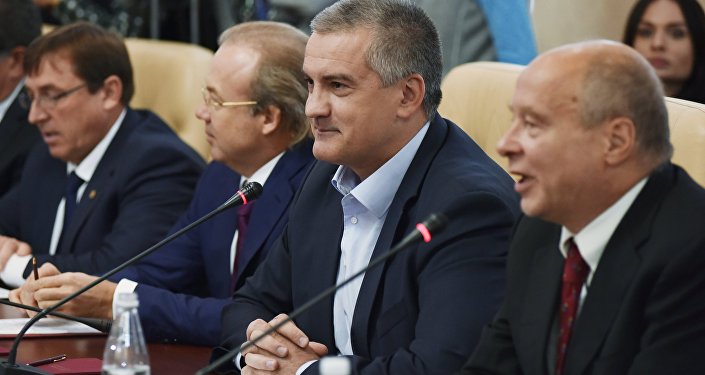 While some EU members such as Poland are keen to impose further anti-Russian sanctions in connection with the Syria crisis, other EU states are reluctant to do so, German newspaper Der Tagesspiegel reported on Sunday.

On Sunday UK Foreign Secretary Boris Johnson and US Secretary of State John Kerry threatened to impose more sanctions on Russia, which is providing military support to the Syrian government in its fight against militant Islamic terrorism.

According to the report, Merkel’s resolution follows a telephone call from US President Barack Obama calling for Europe to agree on a “harsh response” to Russia’s anti-terror campaign.

However, Der Tagesspiegel reported that Luxembourg’s Foreign Minister Jean Asselborn is among those who are reluctant to support more sanctions.

“I don’t understand what sanctions would do to help establish a long-term ceasefire in Syria,” Asselborn said.

Last week French Foreign Minister Jean-Marc Ayrault called for negotiations to resolve the Syrian crisis, and said that “It is important not to get into a cycle of sanctions for sanctions.”

Instead of sanctions, the resumption of negotiations on the Syrian crisis is “the only way” to end the five-year conflict, Ayrault said, according to Europe1.

On September 9, the US and Russia brokered a ceasefire agreement between the Syrian government and opposition groups. However, on September 19 the Syrian army declared an end to the ceasefire because of numerous violations by Syrian rebels.

On October 3, US State Department deputy spokesman John Kirby announced that Washington had suspended bilateral channels with Russia that were established to sustain a cessation of hostilities agreement in Syria.

After meeting with his French counterpart earlier this month, Russian Foreign Minister Sergey Lavrov commented on the proposals to sanction Russia because of its support for the Syrian government.

Lavrov pointed out that sanctions against Russia in relation to the Ukraine crisis were ostensibly linked to the fulfilment of the Minsk Agreements. The implementation of those agreements depends on Kiev, not Moscow, but Russia was sanctioned in spite of that.

“Now about Syria. There are Russian-US agreements that our US partners failed to begin implementing but now the issue of sanctions against Russia has been raised. I don’t think there’s any need to explain what I mean. In my opinion, the situation is self-evident. I very much hope that, first, common sense will prevail and second, the wish to blame Russia for every sin under the sun will not get the upper hand and that the strive to normalize the situation in different parts of the world, including Ukraine and the Middle East, will proceed, above all, from the interests of the peoples who live there,” Lavrov said.