Following the collapse of a deal with France, Poland says it may build its own fleet of S-70i Black Hawk helicopters, in an effort to upgrade its armed forces.

Last week, Poland canceled negotiations with France on the purchase of 50 French Airbus H225M Caracal helicopters. That deal would have been worth roughly $3.5 billion.

But the Polish military is still eager to upgrade its forces. According to Defense Minister Antoni Macierewicz, Warsaw will purchase between 10-12 Polish-made S-70i Black Hawks for its special forces.

“I am convinced that thanks to this, Polish technologies will develop and Polish industry will develop,” he said, according to DoD Buzz.

“We’ll be able to say that we are a modern country, and that our army has equipment that ensures that no opponent will threaten us.”

The units will be built by the Polish Sikorsky subsidiary, PZL Mielec. Following a visit to the production facility, Macierewicz stressed that preparations would be underway shortly.

“After the talks with the Mielec chief executive I’m sure we will start negotiations this week and will finalize it before year end,” he said, according to Flight Global. “In this year also the first helicopters will be delivered.” 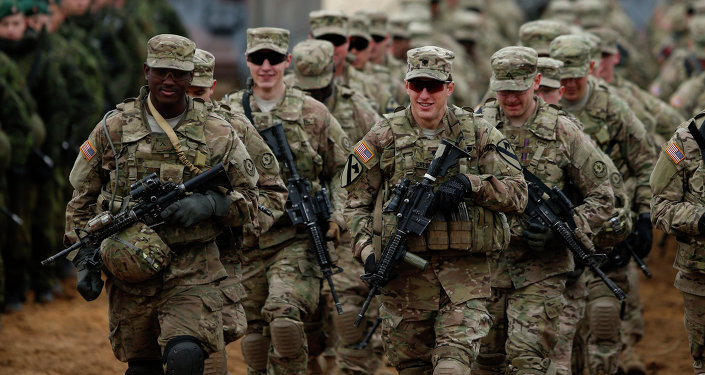 “It’s important that the military have Polish equipment made by Polish workers,” he said, according to DoD Buzz.

The justification for these military upgrades is the standard “Russian aggression” scapegoat. Similarly, Poland will host a heavy-armored brigade combat team (ABCT) of the US Army in 2017, part of a contingent meant to assure America’s European allies of its commitment to defense. Russian officials have warned against the unnecessary buildup.

“This warmongering and scares about invented Russian aggressiveness certainly produce a detrimental effect on the overall climate in the region, including on the Russia-EU relationship,” Russian Ambassador to the European Union Vladimi Chizhov told Sputnik News earlier this year.

“Those countries that are the objects of the NATO surge in military presence in Central and Eastern Europe pursue policies of their own, which are not always conducive to maintaining partnership-style relations with Russia.”

Earlier on Tuesday, Macierewicz criticized the position of aerospace giant Airbus Defense and Space during negotiations.

“France has good military products, we are interested [in them], but we will never accept to be treated like a third world country. The country, which accepts [that kind of treatment], will lose a possibility for any kind of international activity,” he said, according to Polish Television.

The earlier decision to buy helicopters from Airbus was made by the previous government, led by center-right, pro-European Civic Platform party, as part of plans to modernize Warsaw’s military. The original deal was highly criticized by trade unions in two Polish aviation plants. The conservative Law and Justice (PiS) government indicated that it might cancel the deal after winning elections last year.