The UK is “continually putting arms exports ahead of human rights” following its decision not to suspend the sale of arms to Saudi Arabia, anti-arms trade campaigners have told Sputnik. This comes after more than 140 people were killed in an airstrike on a funeral hall in Yemen’s capital, Sanaa. 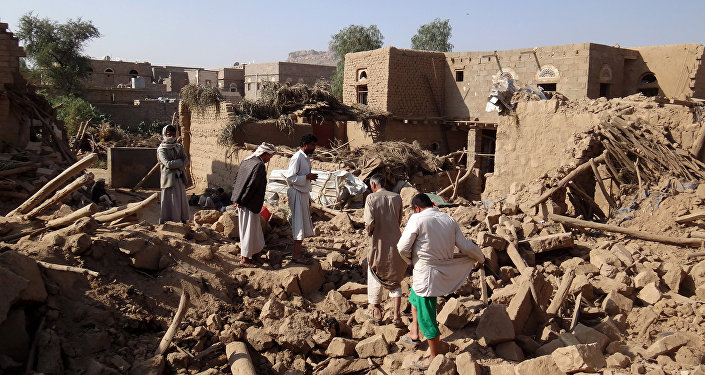 The attack, widely believed to have been carried out by the Saudi-led coalition, has resulted in more than 140 deaths, while up to 600 people are thought to have been injured in one of the deadliest attacks in the conflict.

US officials were quick to condemn the strike, saying they would not give Saudi officials a “blank cheque” to do what they like in Yemen, while British representatives said its controversial sale of arms to the Gulf kingdom was “under careful and continual review” in light of the recent developments.

Despite these assurances from London and Washington, Andrew Smith, spokesperson for the UK-based Campaign Against Arms Trade (CAAT), told Sputnik that the British government’s “priorities are clear” when it comes to rebuking Saudi Arabia over alleged crimes in Yemen.

“What we’ve seen is a government continually putting arms exports ahead of human rights and offering largely uncritical support to the Saudi Arabian government, which is one of the most brutal dictatorships in the world that has unleashed a humanitarian crisis on Yemen,” Andrew Smith told Sputnik.

​The weekend’s airstrike at the funeral hall in Sanaa comes on the back of a long list of alleged Saudi strikes on civilians and civilian targets, with Riyadh accused of numerous breaches of international humanitarian law.

While the international community has called for an independent investigation into the claims, Saudi Arabia — along with its allies the US and UK — have blocked such efforts, instead calling for Riyadh to investigate the incidents themselves.

​”Saudi Arabia can’t be trusted to investigate itself for war crimes. It’s a regime that treats its own people appallingly, a regime that has shown time and time again that it has contempt for human rights. There needs to be an independent international investigation, but what there needs to be is an end to arms sales and also an end to the bombing as well,” Mr. Smith said. 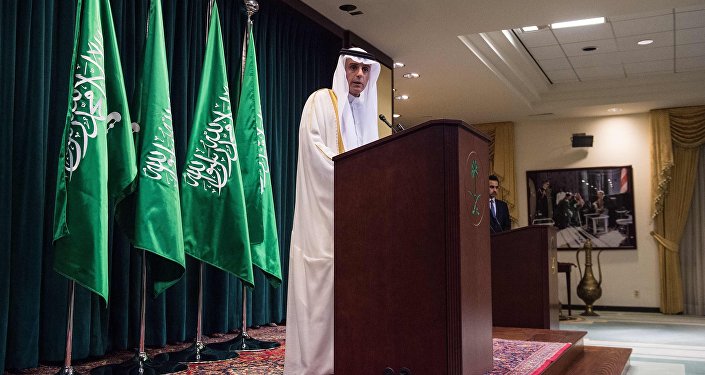 Critics have accused the UK of cashing in on Yemen’s misery, with London selling US$4 billion (£3.3bn) worth of arms to Riyadh since March last year, sparking accusations that Britain is complicit in the violation of international law.

“Since the start of August [2016] we’ve seen the destruction of hospitals, schools, food factories and now a funeral. The message this is sending out is that there’s nowhere safe in Yemen for Yemeni people, and that the bombardment isn’t doing anything to establish peace in the region — it’s making a terrible situation worse. There is a humanitarian catastrophe and unfortunately the UK government is complicit in it,” Smith said.

This petition is for #UK nationals, kindly sign to stop #British arms sales to #Saudi, they kill #Yemen ppl with it!https://t.co/s11apC4cyI

​With evidence suggesting British-made weapons have hit civilian targets in Yemen, CAAT have launched a legal challenge against the government’s continued sale of arms, to be heard in the UK High Court by the end of January.

An outrage that Saudi Arabia attacked a civilian funeral. Even more outrageous that neither the US nor the UK are ready to stop arms sales.

​”UK arms export criteria on paper is very clear — if there’s a risk that these weapons might be used to breach international humanitarian law, then sales should not go ahead. It’s clear that there’s a risk. This a bombardment that has been condemned by the United Nations, condemned by Human Rights Watch, by Amnesty International, by Oxfam, by almost every single NGO with people in the region. The only people who seem to be saying otherwise are the Saudi Air Force and [UK Foreign Secretary] Boris Johnson.”