Get short URL
A man pushes a shopping cart with sandbags through a flooded street in Bentley near Doncaster on November 9, 2019. © REUTERS/Henry Nicholls
The UK is suffering from a severe cold spell in the immediate wake of major flooding across parts of England after a month’s worth of rain fell in just 24 hours. One woman died after being swept away by floodwaters on Friday.

Yorkshire, Nottinghamshire and Derbyshire were the areas worst affected by the deluge which started late on Thursday, and several severe flood warnings carrying a ‘threat to life’ remain in place for the River Don, according to the UK’s Environment Agency. The river has already burst its banks and flood defenses.

The River Don in Doncaster has burst its banks. The environment agency has issued 5 severe flood warnings for the area. 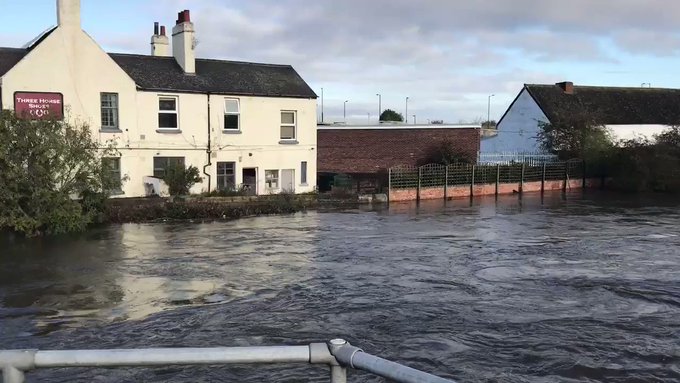 Emergency crews were called in to the worst-hit places to help rescue residents, and some shoppers in Sheffield were trapped inside the Meadowhall shopping center overnight Thursday. In Mansfield, dozens of homes were evacuated when part of a cliff gave way and collapsed into gardens.

Rail services have been suspended in the east Midlands and some roads remain closed.

Other parts of the UK are still under ‘yellow’ rain warnings, with weather forecasters advising that heavy downpours throughout Saturday could bring spot flooding and cause transport delays.

Helping out in a crisis #flood #Matlock 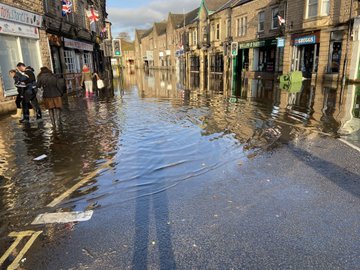 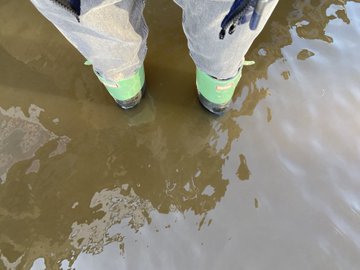 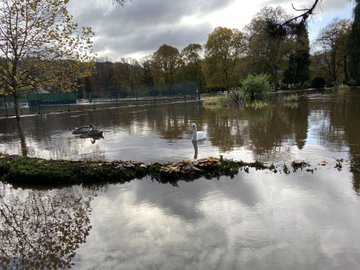 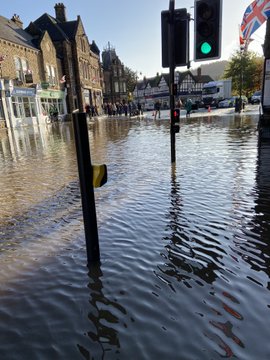 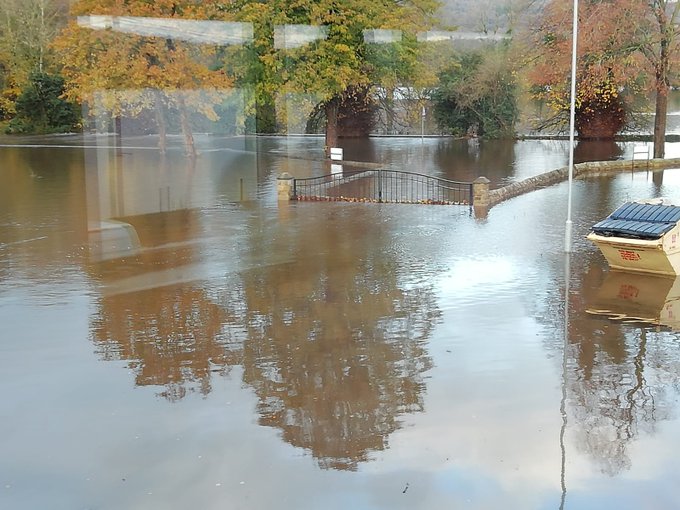 Temperatures across the country remain firmly in single digits on Saturday, having failed to get much above freezing in many areas.

Prime Minister Boris Johnson came under fire online after he visited Derbyshire on Friday and said the level of flooding across the UK did not look “like something we need to escalate to the level of national emergency,” despite some residents being forced from their homes and describing the waters as “almost biblical.”

Locals accused the Tory leader of simply stopping off for a quick photo op when he posed with a bucket and mop during the clean-up, saying that his comments about it not being an emergency were “awful”, “disingenuous” and lacking in empathy.

Boris says that the floods don’t class as a nation emergency – how is this not a national emergency? Thousands of people have lost their homes and businesses. Look at the how much water is spread from the river.