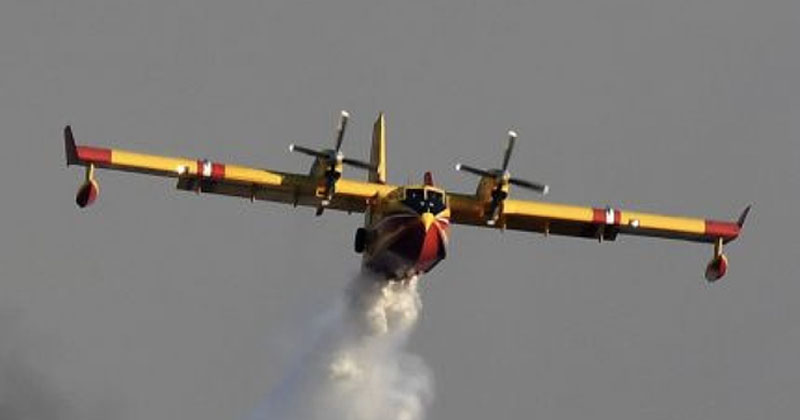 The Spanish government has just “authorized” the military to prepare planes for aerial spraying of disinfectants across major metro areas as confirmed COVID-19 cases and deaths continue to rise, reported La Razón News.The order was first published in the Boletín Oficial del Estado, the country’s official gazette, on Friday, that “authorizes the NBQ (Nuclear, Biological and Chemical) units of the Armed Forces and the UME to use biocides authorized by the Ministry of Health in disinfection efforts to deal with the health crisis caused by the coronavirus.”According to the order, “the most effective disinfection techniques are the use of aerial means because through them, with nebulization, thermonebulization and micronebulization techniques, all surfaces are reached quickly, avoiding reliance on manual application, which it is slower, and sometimes it does not reach all surfaces because there are obstacles that prevent reaching them.”

The order continues to say “aerial disinfection” missions will be conducted “regularly” as long as the pandemic continues to ravage the country.

On Friday, Spain reported 5,252 new infections, the most significant jump in cases in more than a week, pushing up total cases to 184,948, with 19,478 deaths. The surge in cases could suggest that curve flattening via strict social distancing measures are not working, hence why the government has called up the military to conduct aerial disinfectant spraying missions.

La Razón News said the 43rd Air Force Group would operate Canadair CL-415 aerial firefighting planes that will most likely be outfitted with special sprayers to create an even stream of disinfectants while blanketing a metro area.

Each CL-415 has a range of 1,518 miles with a 1,620-gallon tank that can be mixed with chemicals. The plane is amphibious and can refill on a body of water.

Spain has deployed unmanned aerial systems and ground-based robots to spray disinfectants on the street level. Still, the move by the government to blanket entire towns with disinfectants via airplanes suggests that current efforts are failing to suppress the virus.

As early as late January, we started to note that China was deploying drones with 5-gallon tanks of disinfectants to spray streets.

China using drones to spray the citizen with chemicals to combat the virus.

Our farm #robot R80 has stepped forward to join the #fightcoronavirus operation, disinfecting parking lot outside the office block in Guangzhou. Lightweight, flexible to traverse small districts, R80 can disinfect an area of up to 64800 square metres per hour, with no dead ends.

Spray cannons on trucks in China. 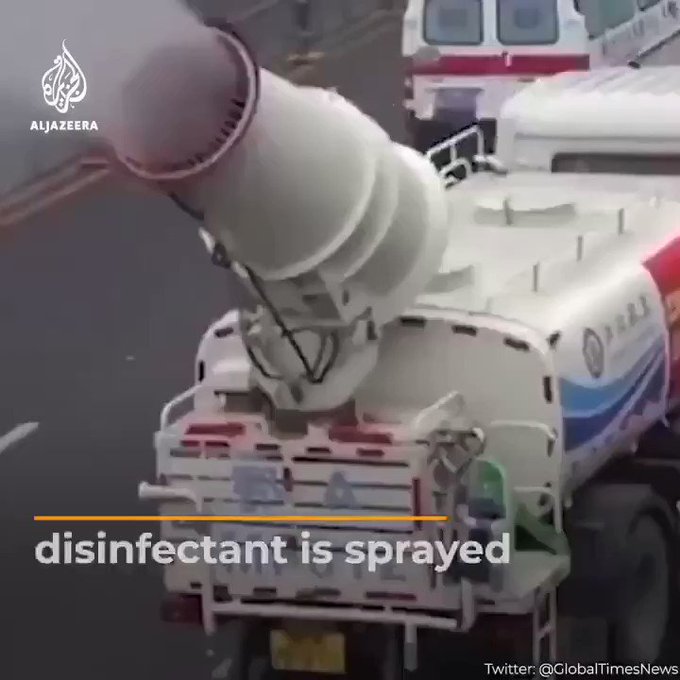 Disinfection is underway! China’s most virus-stricken province, Hubei, is disinfecting entire cities to curb #coronavirus, as trucks and medical workers spray disinfectant through the streets. 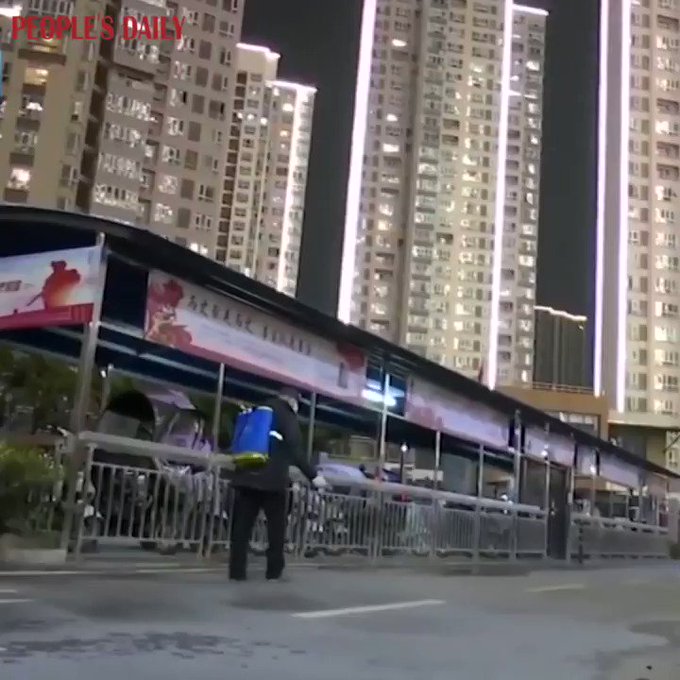 The Russians converted a jet engine to spray disinfectants…

Russian engineers in Chelyabinsk have converted a jet engine to spray disinfectant, as cities around the world try to destroy viral cells that may be lingering on surfaces. 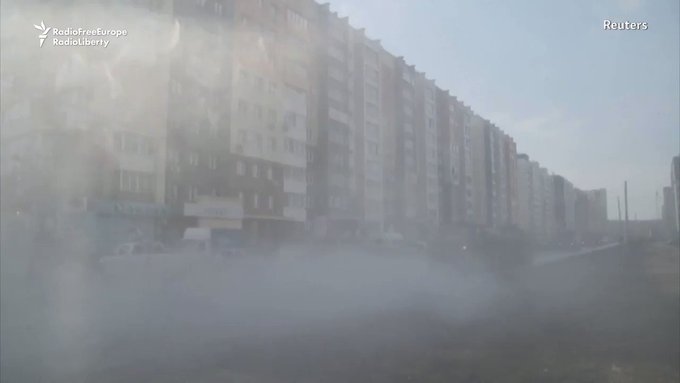 Just remember, the spraying of disinfectants, if that is by ground-based systems or humans, or aerial systems such as drones or airplanes, it will be coming to major metros across the US.

Alex Jones breaks down the shocking blueprint for global collapse with Bill Gates at the head.