Cloud seeding returns to LA, but no one is sure if it works

Cloud seeding returns to LA, but no one is sure if it works

Early last month, a tentacle of warm, wet air began to stretch across thousands of miles of the Pacific. This was the famous “Pineapple Express,” a band of weather so saturated with water vapor that meteorologists call it an “atmospheric river” flowing through the sky. Forecasters had predicted that much-needed rains would come from these systems, spit out by a supersized El Niño, but an unusual bubble of high pressure had sat over Southern California all winter, keeping January and February sunny and dry.

This time, though, the river was breaking through. As the clouds swept over the LA Basin and east over the San Gabriel Mountains, 10 Automatic High Output Generators (AHOGS) contracted by the LA County Department of Public Works began to fire. An AHOG is basically a remote-controlled fireworks stand; 10 feet tall, loaded up with 16 canisters of silver iodide dissolved in acetone, which when set on fire by a propane pilot light, fizzle like giant sparklers. When the canisters started hissing, winds sweeping up the canyons pulled the smoke — mostly silver iodide crystals — up into the water-rich Pineapple clouds. Once airborne, the silver iodide began to collect ice.

BASICALLY A REMOTE-CONTROLLED FIREWORKS STAND
When the weather’s warm enough (in high summer, or almost anytime in the tropics), rain comes when the water droplets that make up clouds start to randomly collide, glom together, then get heavy enough for gravity to take over. But in the chillier months of the year, especially when the moisture is pushed up over mountains into the colder reaches of the atmosphere, most rain begins its life as snow. Silver iodide has a crystalline structure remarkably similar to that of ice — up in the supercooled water of the cloud, molecules of water vapor are drawn to that crystalline structure then freeze as they come in contact with the snowflake forming around the silver seed.

So then it rained in the foothills, and it snowed further up in the mountains, and the drought-stricken county captured as much of that water as it could. According to the DPW, and the dozens of other state and county agencies across the Western US that have invested in cloud-seeding programs, the seeded clouds gave up a little more water than they would have on their own. According to the science? It’s complicated. 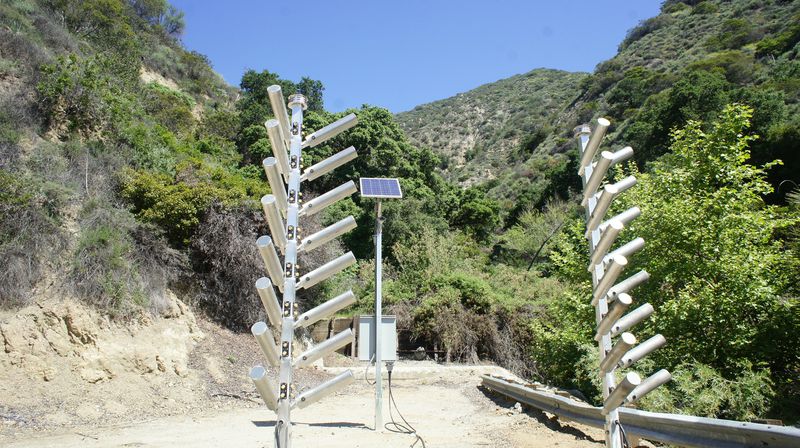 Weather modification has a long history in perennially dry Southern California. In the early days of the 20th century, LA and other cities in the Southland famously paid “rainmakers” — mostly con men with almanacs — for their feats of weather control. Los Angeles County has run more scientific cloud-seeding operations as far back as the 1950s, soon after two researchers named Vincent Schaefer and Bernard Vonnegut (Kurt’s brother) first discovered that silver iodide and dry ice could both, through different mechanisms, trigger precipitation in cooling clouds.

This year’s seeding was the county’s first since 2002. It had planned to reboot the program in 2009, but the massive Station Fire burned up over 160,000 acres of the San Gabriel Mountains that year, increasing the risk for mudslides and flash floods in the areas most directly affected by the cloud-seeding efforts, so the operation was called off.

And LA County is hardly alone in its weather-modification efforts. LA County’s neighbor to the north, Santa Barbara County, has been cloud seeding with both ground-based machines and a dedicated cloud-seeding airplanes since the ‘80s, and there are active cloud-seeding programs in nine states west of the Mississippi. Some programs try to increase precipitation to boost the local water supply, while others shoot for thicker snowpack at local ski resorts. And some even use seeding to bust up cloud cover over agricultural areas that need more sunlight, or modify hailstorms to decrease hail damage — more condensation nuclei theoretically means that more hailstones form, but each individual ice pellet is a little smaller, and therefore less damaging to crops and property. Further afield, Canada, China, Israel, India, Australia, and many other countries also try to modify their weather on a regular basis. As population growth and climate change increases pressure on water sources, government agencies and water companies are increasingly willing to try anything to boost local supply. 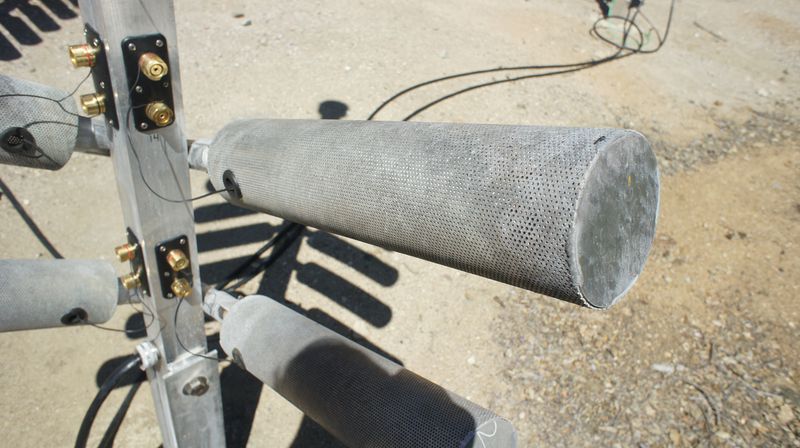 The official line from the LA DWP is that cloud seeding can boost the precipitation from a storm by 15 to 20 percent, but meteorology research is almost impossible to verify by the same standards as laboratory science. When you’re dealing with an infinitely variable set of real-world atmospheric systems, there are just no consistent controls to measure against. That hasn’t stopped researchers from trying.

LA’s current cloud-seeding operation is run by the Sandy, Utah-based North American Weather Consultants, Inc. Bob Griffith, the head honcho at NAWC, has been in the weather-modification business since 1968, and pointed to a recent research project in Santa Barbara County that found similar storm systems called convection bands, when coming in over the coast, yielded 19 to 21 percent more rain when seeded.

Patrick Chuang, a Professor of earth and planetary sciences at UC Santa Cruz who specializes in cloud physics and climate research, struck a more skeptical note. “A cloud itself is a really hard thing to forecast, because it’s fundamentally very sensitive,” Chuang says. Slight variations in the amount of water vapor, temperature, or wind speed in a given parcel of air can make a cloud disappear or reform as its droplets evaporate or coalesce. Then within that tenuous system, only a small fraction of those drops grow large enough to form precipitation. That chaos makes determining statistically significant cause and effect extremely difficult.

“It’s basically taking a pencil balanced on its point, then hitting a gong in a building a block over. Did that make any difference? Who the hell knows—you’re going to have to do this a million times to make sure all the other factors relevant to the problem are beat down by statistics,” Chuang says.

“IT’S BASICALLY TAKING A PENCIL BALANCED ON ITS POINT, THEN HITTING A GONG IN A BUILDING A BLOCK OVER.”
In 2003, the National Academies convened a panel to investigate the effectiveness of weather modification. They found that there was “still no convincing scientific proof” that it worked, but called for increased research in the field. Two years later, scientists began a research project in Wyoming to study the effectiveness of cloud seeding by comparing precipitation from a storm system as it hit two adjacent mountain ranges — one range would be the control, the other would be outfitted with seeding machines.

After nine years, they came up with an answer: cloud seeding is “a viable technology to augment existing water supplies,” and has the potential to boost the output of a storm by 5 to 15 percent — kind of. Even though it lines up with a similarly ambitious four-year study carried out in Australia, that final number came after a certain amount of statistical massaging, and even nine years isn’t long enough to get consistent data when you’re studying something as complicated as a storm cloud.

“A TYPE OF INSURANCE”
But even if the research isn’t quite there, Griffith at NAWC says that it makes more sense to think of weather modification as “a type of insurance — if it has a 70 or 80 percent chance of working, then it’s worth investing in to get a better outcome. All these water managers and state utilities that invest money year after year, these people are not dumb.”

In a drought like California’s, where water costs are high and climbing, every bit helps. For its first-year $550,000 contract with NAWC, the county estimates that they’ll recoup an extra 1.5 billion gallons of precipitation in its watersheds — enough to provide a year’s worth of drinking water for 36,000 people, and an amount that would cost $3.2 million on the local water market. The science may not be perfect, but if cloud seeding works even 20 percent as well as DWP says it does, that’s still a good bet for the thirsty taxpayers of LA.