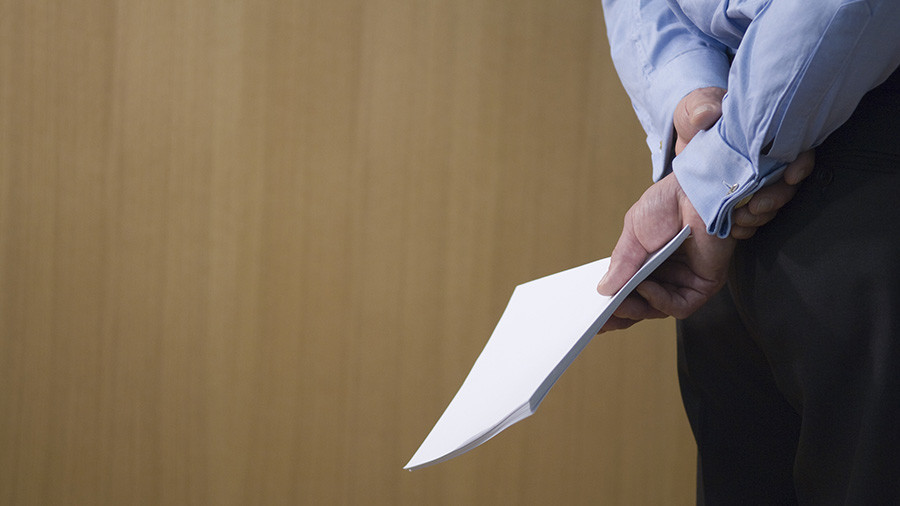 © Global Look Press
The former MI6 spy behind an infamous dossier that accused Donald Trump of asking prostitutes to urinate on a hotel bed in Russia because Barack Obama once slept there insists his report is “70 to 90 percent” accurate. The claims have been widely discredited.

In a new book on the subject, ‘Collusion: How Russia Helped Donald Trump Win,’ former agent Christopher Steele is quoted telling friends that he thinks his dossier will be vindicated, according to the Guardian.

He claims his reports were based on sources cultivated over a span of three decades, while working in the intelligence community. “I’ve been dealing with this country for 30 years. Why would I invent this stuff,” Steele is quoted as saying. Steele’s friends are reported to say that Steele admits intelligence is rarely 100-percent accurate but claimed most of his information had “proven up” and sources were reliable. Evidence supporting the claims has not been produced, however. 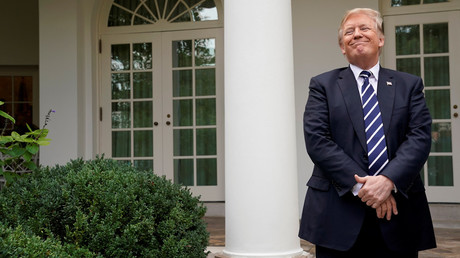 Steele’s 35-page dossier, based on unverified and anonymous sources, claims Russia collected a file of compromising information on Trump, including sex tapes with which to blackmail him. It also alleges that Trump was cultivated and supported by Russia for five years before he was elected and that his contacts met with Kremlin representatives.

Among the revelations in the dossier was a bizarre story of Trump allegedly hiring several prostitutes to “perform a ‘golden-showers’ show in front of him” on a bed in the presidential suite of Moscow’s Ritz Carlton Hotel, where Barack Obama and his wife had previously stayed during an official visit to Russia.

The dosser burnished Steele’s reputation inside the US intelligence committee and the FBI, author of the book Luke Harding wrote. “Here was a pro, a well-connected Brit, who understood Russian espionage and its subterranean tricks. Steele was regarded as credible.”

Steele reportedly told the FBI about the allegations he’d uncovered, but that his FBI contacts eventually went quiet as the 2016 election neared. The book says that he told a friend it was clear that he had given them a “radioactive hot potato.”

The dossier was published by BuzzFeed in January after several other media organizations rejected the story because they could not verify the claims. After the details were published, Trump blasted the dossier as “fake news” and a “political witch hunt.” He also labelled BuzzFeed a “failing pile of garbage.” BuzzFeed came under fire from prominent journalists, as well as on social media, for spreading unverified data obtained from anonymous sources.

Last month, the Washington Post revealed that Steele’s dossier was funded by the Democratic National Committee (DNC) and the Clinton campaign. The FBI also funded Steele’s work after Clinton’s presidential bid ended in failure and, since then, the agency has resisted all oversight by congressional committees looking into its role in the affair.

While the dossier has been taken seriously by most American political pundits, and endlessly promoted by the mainstream media, it’s been treated with scorn among genuine Russia experts. In fact, there is not a single credible Russia specialist who has endorsed the report’s findings. Meanwhile, in Russia itself, the document is derided as a complete ‘nothingburger.’