Next week in Washington DC, US and South Korean officials will meet to discuss appropriate reactions to North Korea’s continued missile and nuclear weapons tests. Responses could range from diplomatic tactics, including additional sanctions, to a military offensive.

South Korean Spokesman Cho June-hyuck told Korea Joongang Daily that the two nations will “extensively discuss” their relationship, as well as issues in the region and plans to draft a joint statement on their conclusions.

“In particular, under the grave circumstance where North Korea is issuing qualitatively escalated nuclear and missile threats, including its fifth nuclear test, the meeting is expected to cover a wide range of matters concerning North Korea, including sanctions and other forms of diplomatic pressure on the North, as well as extended deterrence and military deterrence against it,” Cho said.

The South Korean spokesman described the meeting as a “significant opportunity to reaffirm the stability of the alliance and strong coordination.”

Seoul and Washington have been showing signs of increased collaboration over the last few months, evidenced by a show of force in September in which two US B1 bombers, escorted by South Korean fighters jets, flew over the Korean peninsula in response to Pyongyang’s latest nuclear test. The two countries have been conducting joint military exercises as well.

After the flyover, the Korean Central News Agency stated that the two countries were “bluffing” and advised them to “stop their rash actions.” 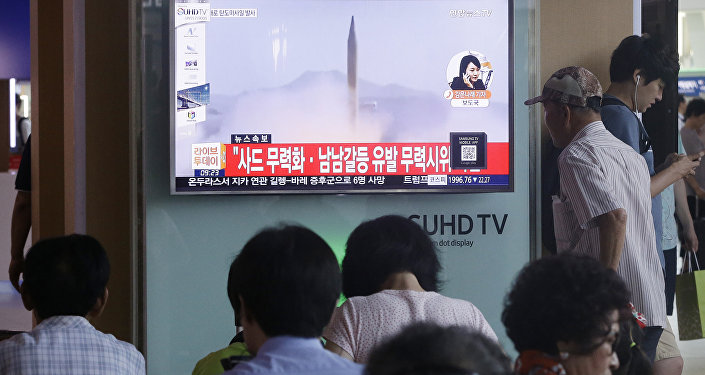 Cooperation between Washington and Seoul has drawn the ire of North Korean leader Kim Jong-Un, who threatened to drop a hydrogen bomb on his southern neighbor after Seoul developed a military unit dedicated to removing him from power in the event of an attack.

UPI quoted a statement from the DPRK saying that, if the communist country was provoked, it was willing to use weapons that “can turn Seoul into a sea of fire in an instant.”

The United Nations is currently drafting a resolution calling for additional sanctions against Pyongyang, and the US ambassador to the UN, Samantha Power, met with South Korean Foreign Minister Yun in Seoul on Monday.

“We are working around the clock to secure the passage of this resolution as quickly as possible,” she told reporters afterward.