How Soybean Oil Consumption Ballooned By 1000x In 100 Years

How Soybean Oil Consumption Ballooned By 1000x In 100 Years

With GMO soy’s recent connections to a host of health issues, it would seem there could be no chart or graph, no tidbit of information that could make this single crop seem more undesirable – until you look at the changes in vegetable oil consumption starting around 1967. This is when soybean growers and food manufacturers lobbied heavily to grow a ‘cheap’ oil to sell to American consumers. As a result of this effort, we now consume 1000 times more soybean oil today than we did 100 years ago.

Soybean oil and other soy products lurk in many foods on our grocery store shelves, much of it hidden in ways that consumers don’t readily notice. ‘Farming’ in the Midwest now equals growing GM soy or GM corn, and the once-rich heritage of growing multiple crops to feed a family, let alone a nation, has been replaced by mechanized, large-scale GM food factories. Is it any wonder we eat so much of the stuff?

Although growing cereal grains became a trend in the 1960s, soy and corn sales eventually skyrocketed because food manufacturers could use these oils in place of butter or lard. This gave a big boost to their bottom lines. 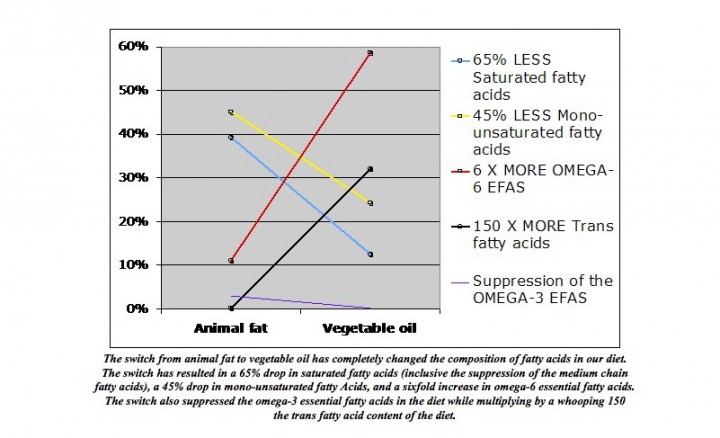 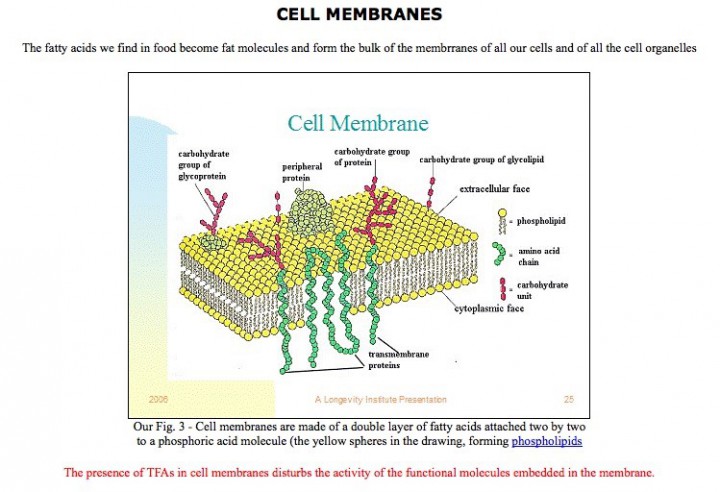 What kind of effect has this had on our health?

While not all vegetable oils are as sinister as soy seems to be, there is a particular problem when animal fats are replaced with vegetable fats such as soybean oil. However, in the American diet, the omega 6 fatty acids we need in moderate amounts have replaced balanced proportions of Omega 3s and Omega 6s. Over consumption of Omega 6 fatty acids has been directly linked to obesity. It has also been connected to cardiovascular disease, depression, diabetes, and other health concerns. 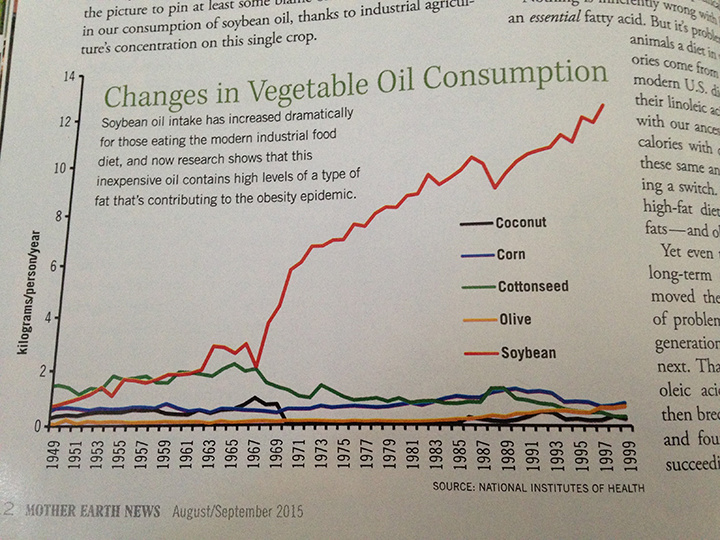 As you can see in the graph provided by the National Institutes of Health through Mother Earth News, soy consumption was skyrocketing by 1989. Why? Starting in the 1960’s the American Heart Association and the USDA recommended that consumers stop eating butter and eggs and switch to ‘heart-healthy’ alternatives such as soybean products.

Billions in subsidies were paid to farmers to grow soy, corn, and other commodity crops, while the American waistline became as bloated as the incentives provided by lobbyists to Congress in order to pass ‘Green revolution’ laws that had nothing to do with making anything greener or more sustainable.

Now, we suffer from one of the worst obesity rates in the world in America. Once again, a product pushed by special interests, soy (especially GM soy), can be seen as a major contributor to disease in this nation.