The ongoing slump in oil prices looks set to take their toll on London’s “super prime” property markets with attendant consequences for the rest of the London property market. Foreign money that had been flooding into the UK from a whole array of international sources and parking in London real estate is drying up. 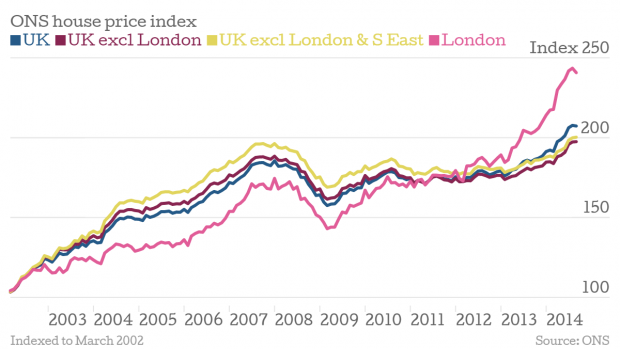 These sources included Chinese billionaires and U.S. beneficiaries of the Fed’s QE largesse and Russian and Middle-East energy tycoons.

Western sanctions on Russia have led to a shuddering hault to Russian money entering the UK. Since Xi Jinping came to power in China in November 2012 there has been a crack-down on corruption in China and the amount of Chinese cash being funnelled through tax-havens and into London property has been greatly reduced. The Fed’s QE has come to an end, for now at least, so U.S. sources of capital have waned.

Now the plummeting oil price is leading to a drop in demand from wealthy Middle Eastern elites. Many Gulf States are having difficulty financing their social programs due to the very low price of oil. Control over their countries restless populations is becoming more tenuous. So providing “bread and circuses” is a higher priority than pet investment projects in the UK.

The loss of these investment flows to the UK is creating a perfect storm for a crash in “super prime” property. 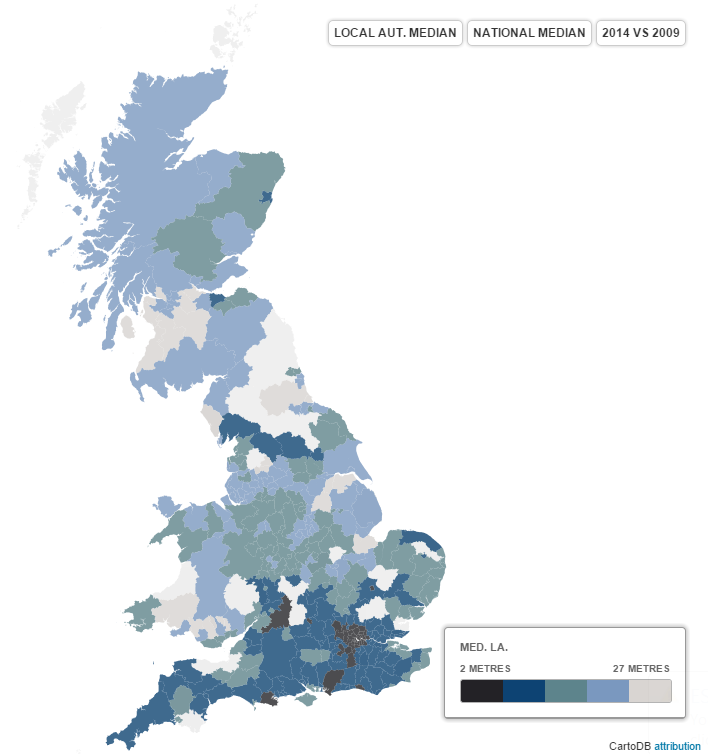 According to a report from City AM – citing statistics from Halifax and Britain’s ONS – since 2009 certain sectors of the British property market have fallen by as much as 20% (most of Scotland and Wales and parts of northern and south-western England) while others (in pockets of central London) have risen by as much as 61%.

The median UK wage is £22,044. This sum of money would currently buy 2 square meters of real estate in the plushest London boroughs of Kensington or Chelsea. Spreading out from the centre to Brent, Merton, Greenwich or Waltham Forest the same sum will yield slightly more space at between 5 and 6 square meters. On the other end of the spectrum – in parts of Wales, such as Merthyr Tydfil, the median wage would acquire 24 meters squared.

Central London has generally seen a rise in prices of between 40% and 60% in the last six years. Southern England has mainly seen rises of between and 15% and 30%. Whereas south west England has seen declines of around 4% in the same timeframe – with West Devon losing 13% of it’s property values.

In Wales there have been modest declines in some areas (1 -5%) and more severe in others (down 10% in Swansea) with some others showing a rise in price. Most of northern England has seen declines in price or in some clusters such as around Manchester or York seeing slight rises.

The consequences of these high prices on the working people of Britain have been harsh. The Telegraph reports today that a person in their mid-twenties in the UK can expect to pay £66,800 in rent by the time they are thirty.

On Sunday night Channel 4 aired a documentary on the current bubble showing miserable properties with asking prices ten times greater than the median wage. The Guardian reports today that the “young” are moving out of London in droves.

Clearly, the average British worker is being squeezed just to put a roof over his head.

Today the Telegraph reports that, “Borrowing on credit cards and demand for personal loans increased by 6.4pc in October compared with a year earlier, according to the Bank of England, representing the fastest annual increase since July 2006.”

Sky news report that, “households with a single breadwinner spent more than they earned last year.”

The British taxpayer is mired in debt and struggling to make ends meet. So neither the British public nor foreign investors look likely to buoy the vastly overvalued London property market in the coming months.

It is worth remembering that many of the reasons cited for London’s extraordinary house price growth were also cited in Dublin prior to the crash. 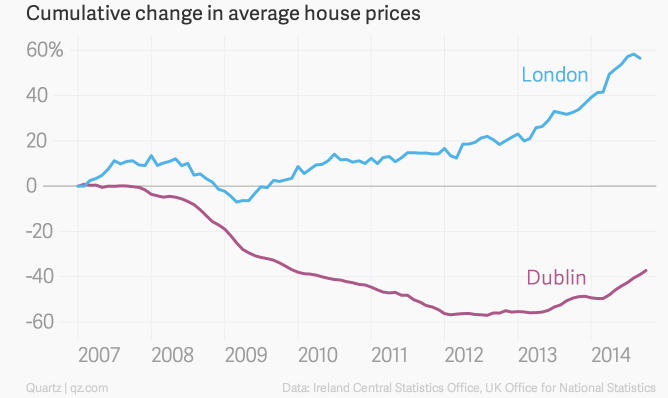 A housing correction or crash will likely lead to more negative equity among London property buyers and the many British mortgage-holders who are struggling. The nascent recovery in the national UK property market would be snuffed out.

This may lead to defaults and further stress on the fragile banking system. It also has ramifications for sterling and UK gilts, both of which are likely to come under pressure.

Get Breaking News and Updates On Gold Markets Here