An example of how we can ignite change

Beginning next week, PepsiCo Inc. will start shipping aspartame-free Diet Pepsi to stores following concerns that the artificial sweetener can cause health problems including cancer. [1]

The reformulated Diet Pepsi will contain sucralose and acesulfame potassium, which are ‘less controversial sweeteners.’ The front of the new Diet Pepsi can declares “Now Aspartame Free” and PepsiCo will continue to announce the change on in-store advertising trumpeting the company’s sponsorship of the National Football League. The beverage maker will also remove all remaining aspartame-containing products from stores.

PepsiCo says it will market the new Diet Pepsi “aggressively” via sampling campaigns at stores around the country starting next week.

The company decided to make the switch after its consumer surveys showed that aspartame – also known as Equal and NutraSweet – to be the No. 1 reason that Americans are drinking less diet cola. Research has shown that aspartame causes tumors in rats, but the FDA has continually defended the substance, saying it is perfectly safe. 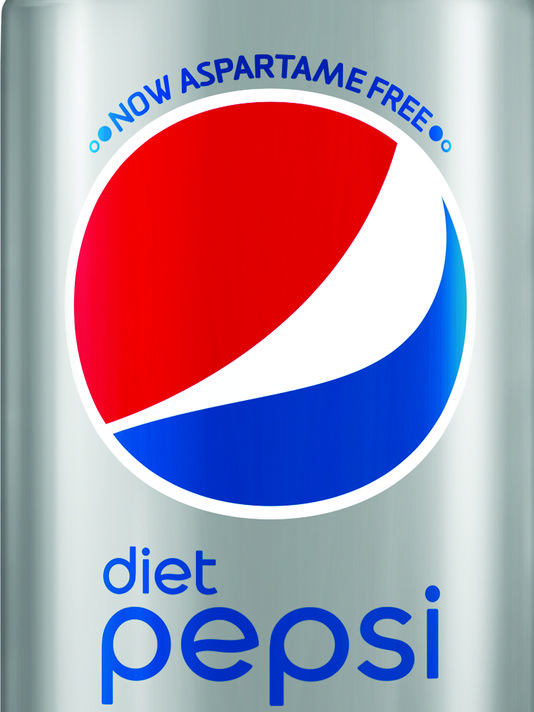 Shifting To A Lesser Evil?

Replacing the aspartame in Diet Pepsi with sucralose and acesulfame potassium may not be a much healthier recourse, however.

When sucralose, or Splenda, was first introduced to the market, it was touted as a safe alternative to aspartame and saccharine because it is made from sugar. Indeed, sucralose starts out as sucrose, a type of sugar. Food Insight explains:

“Sucralose is made by replacing three select hydrogen-oxygen groups on the sugar molecule with three chlorine atoms, resulting in an intensely sweet, no-calorie sweetener.”

Early research suggested that sucralose passed through the GI tract undigested, leaving your health unaffected. Recent research, however, shows that sucralose is actually metabolized and can cause health problems such as: [1]

Sucralose alters the amount and quality of the beneficial microbes living in the gut by 50% or more, leading to weight gain and obesity. [1]

Reduces the Effectiveness of Meds

Sucralose limits the absorption of therapeutic drugs like cancer and heart disease medications, and makes them less effective. [1]

May Alter the Body’s Responses

Splenda can alter insulin responses and blood sugar levels, both of which have been linked to inflammatory bowel disease, and may even alter genes. [1]

As for acesulfame potassium or Ace-K (brand names Sunett or Sweet One), scientists have called for additional studies on the safety of the substance due to flaws in the initial testing of the sweetener. Methylene chloride is a carcinogenic chemical found in Ace-K. Long-term exposure to methylene chloride has been linked to visual disturbances, headaches, depression, liver effects, nausea, mental confusion, kidney effects and cancers in humans.

Is Pepsi’s move really beneficial for our health, or is it just all about the money? It seems clear to me.