“We agreed on a few, unfortunately just a few humanitarian issues,” Putin said. “Unfortunately, there was not much progress on the issue, but [the sides] expressed readiness to solve humanitarian problems.”

All parties agreed that the Minsk agreements are crucial. 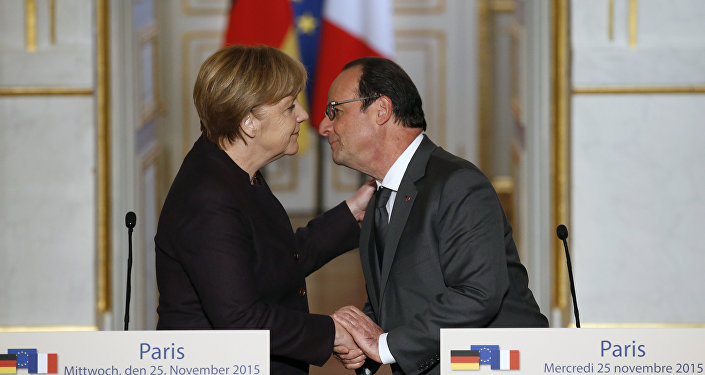 “We paid special attention to security issues. We agreed on what should be done in the near future in terms of solving issues regarding the separation of the conflicting sides.”

On Syria, Putin said that Russia is prepared to extend the ceasefire in Aleppo for as long as possible.

“I informed our European partners about our viewpoint on what is happening there and what should be done in the near future to fight terrorism, to uproot terrorism on the Syrian territory, in order to prevent this hotbed from reviving in the future, and of course what should be done for our efforts to lead to the complete settlement,” he said.

“We informed our colleagues about our intention, the Russian side’s intention to extend, to a possible degree given the situation on the ground, the puase in conducting airstrikes. We are ready to do it up until the point when we face activity from armed groups in Aleppo.”