A stunning new report issued today in the Kremlin by the Foreign Intelligence Service (SVR) says that a joint terror operation with Britain’s Secret Intelligence Service (SIS/MI6-Military Intelligence, Section 6) has resulted in the capturing of an Islamic State (ISIS/ISIL/Daesh) terror leader employed by a private mercenary firm hired by former US Secretary of State Hillary Clinton—and that information obtained from “Hillary’s spy” has resulted in INTERPOL, this morning, issuing a top secret Red Notice as a major “terror event” is now feared imminent. [Note: Some words and/or phrases appearing in quotes in this report are English language approximations of Russian words/phrases having no exact counterpart.]

According to this report, under the existing anti-terrorism investigation protocols existing between the Federation and Britain, this past November (2015) the SIS requested an immediate “tracking/search” operation to be conducted by the SVR against a British national named Samata Ullah who was believed by British intelligence agents to be traveling to Syria through Turkey.

Samata Ullah, this report explains, was a then 32-year-old man employed by the private American-based mercenary firm Triple Canopy LLC whose “station” (job) was as a computer programmer for the US Embassy’s “virtual” Welsh Consulate located in Cardiff.

Important to note about Triple Canopy LLC, this report says, is that this private mercenary firm was hired by Hillary Clinton when she was US Secretary of State to provide security for weapons transfers between Benghazi, Libya, and Syria. 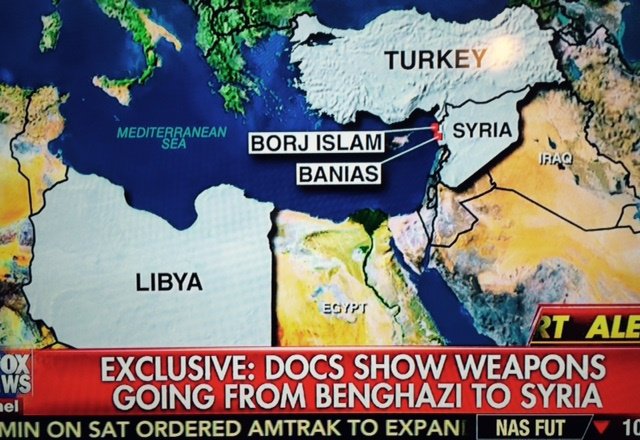 In the SVR’s background “analysis/investigation” of Samata Ullah’s past travels, this report continues, documents provided by the SIS showed him meeting at the US Embassy in London, in 2012, with US Ambassador Chris Stevens and an American arms dealer named Marc Turi—who, likewise, was in the employee of Hillary Clinton.

Electronic communications “derived/obtained” by the SVR regarding this 2012 meeting between Samata Ullah, Ambassador Stevens and arms dealer Marc Turi, this report says, was centered on the removal of 400 US made surface-to-air missiles taken from the then destroyed Libyan government and placed in the US Embassy in Benghazi.

Critical to note about these 400 US made surface-to-air missiles, this report continues, is that the Americans had promised to give them to the Libyan Islamic terror group Ansar al-Sharia in exchange for them providing protection to US assests (spy and arms running operations) in Benghazi.

Operating under secret orders from Hillary Clinton, however, this report notes, Ambassador Stevens, upon arriving in Benghazi after his meeting with Samata Ullah and arms dealer Marc Turi, secretly began sending these 400 US made surface-to-air missiles to “various/numerous” “undisclosed/unidentified” locations throughout both the United States and European Union—and which when Ansar al-Sharia terrorists discovered what had happened, on 11 September 2012, they attacked the US Embassy in Benghazi capturing Ambassador Stevens and before executing him raped him multiple times.

In 2013, this report continues, former US Federal Prosecutor Joseph diGenova, who was representing American whistleblowers trying to tell the truth about what happened in Benghazi, confirmed that all 400 US made surface-to-air missiles were missing from the US Embassy and believed to be in the possession of al-Qaeda.

With neither the SVR or SIS knowing exactly where these 400 US surface-to-air missiles actually were, this report says, “alarm/shock” overcame both the Federation and British intelligence establishments after Russian intelligence agents tracking Samata Ullah’s movements in Turkey and Syria discovered that he possessed extensive documents about these weapons—and most fearful about how to separate their warheads.

Upon Samata Ullah’s return to Britain on 1 December 2015, this report says, the SIS put him under “intense/radical” surveillance to learn more about the Hillary Clinton spy network he was working in, but when “indications/signs” showed him about to leave Britain a few weeks ago, he was secretly arrested on 22 September.

After being arrested by the SIS, this report continues, a specialized spy cufflink Samata Ullah was wearing was discovered to have the top secret diagrams of the missing US made surface-to-air missiles, along with his flat containing many other books and documents about guided missile technology.

Immediately after the SIS had arrested Samata Ullah, this report notes, British intelligence authorities urgently requested that they be allowed to interview arms dealer Marc Turi—who was then under indictment by the Obama regime in their effort to cover-up and conceal Hillary Clinton’s crimes in Benghazi. 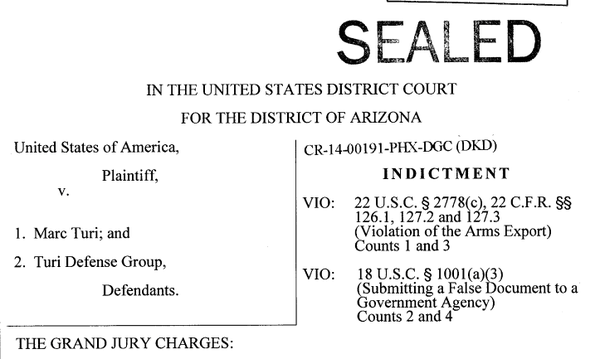 This report further notes that the Obama regime refused to even answer the SIS request to interview Marc Turi—and then stunningly, yesterday, dropped all charges against him, but with a secret agreement forbidding him from leaving the United States or talking to any foreign intelligence service about Hillary Clinton’s crimes.

Most foreboding is this SVR reports conclusion in its most classified section warning that both Russian and British intelligence services have a “high confidence” belief that many of the US made surface-to-air missiles warheads are “now in play” and possessed by Hillary Clinton and Obama regime affiliated Islamic terrorists—and with the unraveling of Hillary Clinton’s spy ring means their use in a “terror event” may be imminent.