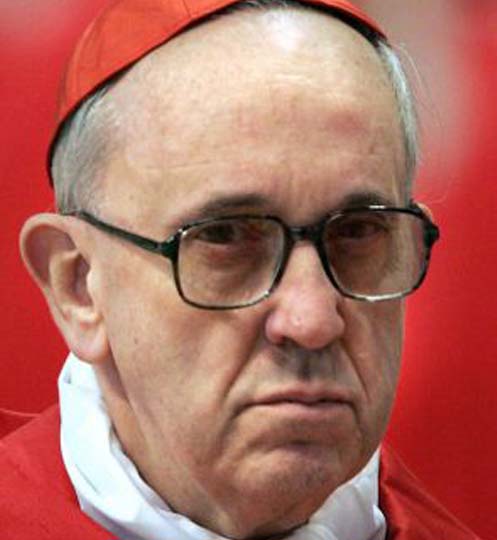 For Crimes against Humanity, Child Trafficking, complicity in torture and murder in Argentina, and presiding over a convicted criminal syndicate

This Convicted criminal, JORGE BERGOGLIO, is being given aid and comfort by the United Nations and the United States government, both of whom have invited BERGOGLIO to speak under their auspices during his visits to New York City and Washington DC, during the week of September 24, 2015.

An International Common Law Arrest Warrant was issued against BERGOGLIO on July 18, 2014, after he was lawfully convicted of these crimes.

Police and citizens are instructed to immediately detain BERGOGLIO and deny him all aid and comfort. Please report his whereabouts to the sworn common law Sheriffs and their deputies in your community.

THIS NOTICE HAS THE FULL EFFECT OF THE LAW

Issued by the International Tribunal into Crimes of Church and State (www.itccs.org)