Maryland has nearly become the first state in the U.S. to ban the sale of neonicotinoids, a class of pesticides which are a major contributor to the decline of honeybees.

Two bills previously cleared the Maryland State Senate and Maryland House of Delegates. The bills’ similarities were to likely to result in them being combined into a single piece of legislation to be sent to Republican Gov. Larry Hogan’s desk, where it could be signed into law.

Thursday night, the Maryland House and Senate agreed upon and jointly passed a final version of the Maryland Pollinator Protection Act, which would eliminate consumer use of neonicotinoids, a widely-used class of pesticides that has been shown to negatively impact honeybees.

Hogan just needs to sign the Maryland Pollinator Protection Act for finalization. Del. Anne Healey, who authored the House version, said it has strong bipartisan support, and would likely get enough votes to succeed. She told The Washington Post:

“I’m a little nervous talking about things that haven’t happened yet. There were very strong votes in both houses. The public is very much in favor … of doing something to protect our pollinators in the state.”

The bill bans stores from selling products laced with neonicotinoids. However, farmers and professionals will be exempted from the law when it takes effect in 2018.

Last year Maryland lost 60% of its hives, each containing about 20,000 bees, far above the national average of 42.1%. In 2015, honey production dropped 12% among producers with 5 or more colonies, a U.S. Department of Agriculture (USDA) survey shows. 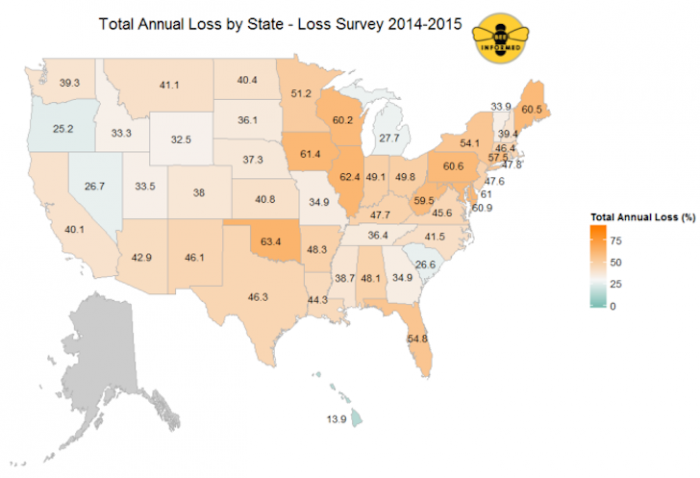 The honeybee crisis has prompted about a dozen other states to consider crafting similar legislation. California, Alaska, New York, and Massachusetts have made efforts to ban or limit neonicotinoids, but no piece of legislation has made it as far as Maryland’s has. Oregon is the only state with a bill that bans the pesticides on a certain species of tree.

Neonicotinoids are used on many crops in the United States. Introduced into agriculture in the 1990s, the pesticides, also called neonics, were made available to the public more recently, because the class was believed to be safer for bees than other products.

Rather than simply coating the surface of plants, neonics seep into them and become systemic. Some researchers say there is not enough evidence to prove a link between neonicotinoids and bee mortality, but many researchers are gathering an ever-growing mountain of evidence showing there is. The Environmental Protection Agency (EPA) is planning to review whether several varieties of the insecticide have contributed to the collapse of bee colonies, but not until 2018. 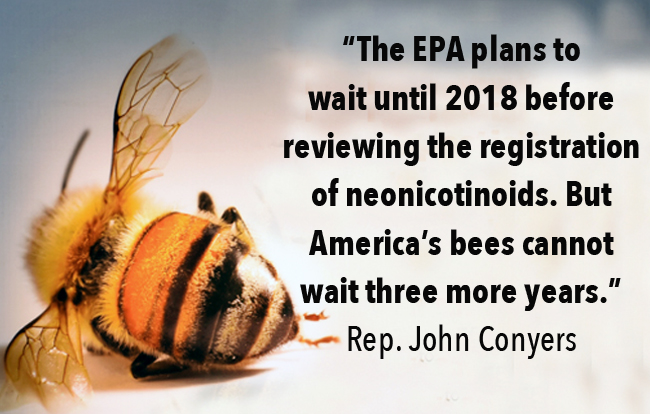 The potent pesticides have been linked to the widespread death of bees and other pollinator species. EcoWatch reported in March 2015 that a global review of 1,121 studies conducted by 29 independent scientists found overwhelming evidence linking the pesticides to bee decline.